For Flag Day, A Red, White and Blue Berry Sparkler! 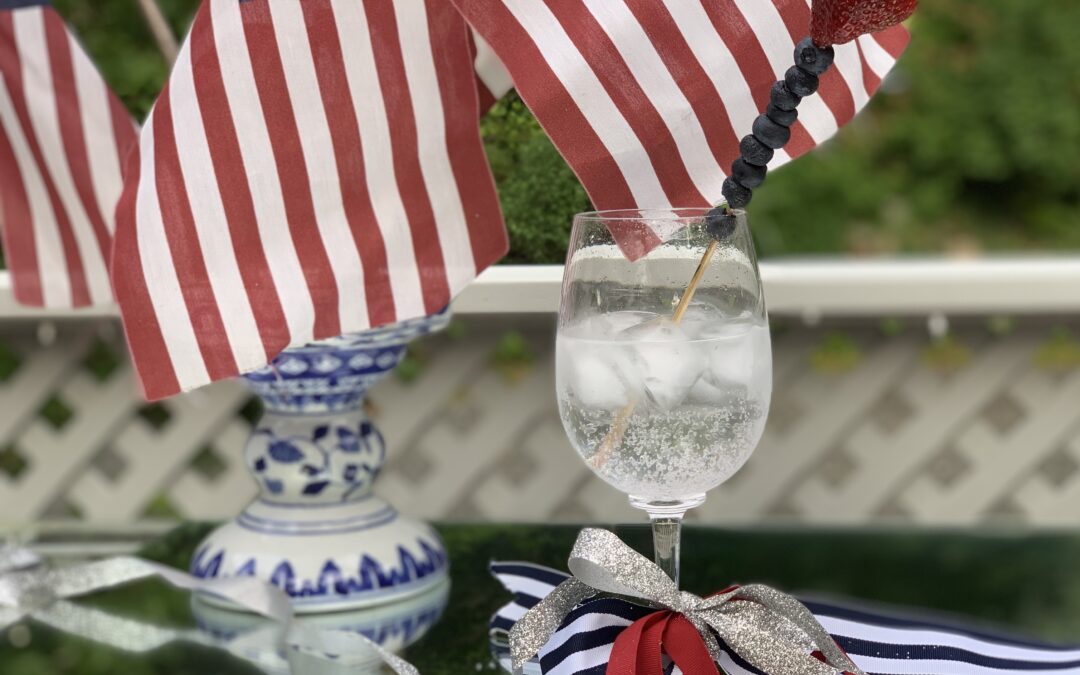 This little sparkler can brighten any day, but it’s especially fun when you’re honoring Flag Day.

It doesn’t really need a recipe. It’s a splashy mix of iced sparkling water, garnished with red and blue berries.

Of course, if you add your favorite white wine, even Betsy Ross would say this Sparkler mixes well with your Wildest Dreams.

The initiative to commemorate the Stars and Stripes annually, as our National symbol, was inspired by Bernard Cigrand, a Wisconsin school teacher.  In 1916, President Woodrow Wilson declared June 14th would hence forth be observed in America as ‘Flag Day’.  The idea of honoring Old Glory on that day, followed the tradition established on June 14th, 1777 when the Second Congressional Congress resolved that “The flag of the United States be thirteen alternate stripes, red and white” and that “the Union be thirteen stars, white in a blue field, representing a new Constellation”  Although the design of the flag has changed a few times since George Washington became the first American president, the flag’s symbolic colors remain consistent. Red is for valor, white is for hope and blue is the color of loyalty.

Winter, Spring, Summer or Fall, any celebration of the Red White and Blue is intended to add the spirit of valor, hope and loyalty to all of our days. 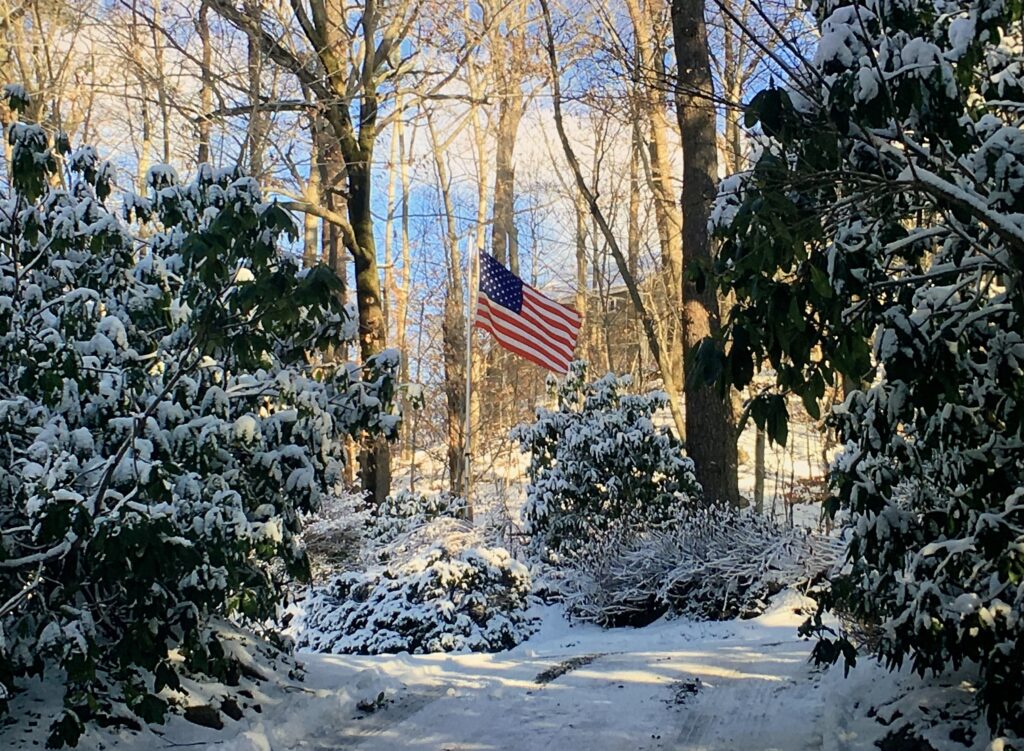 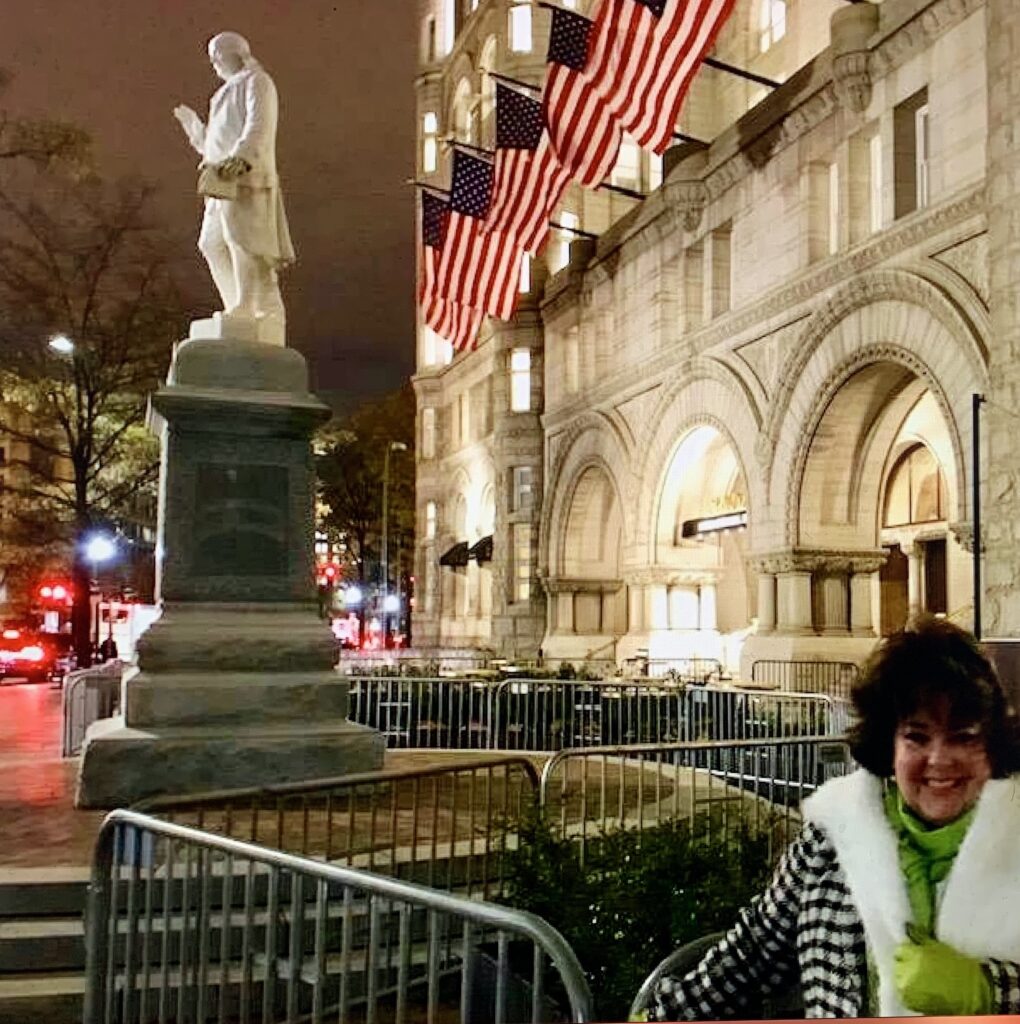 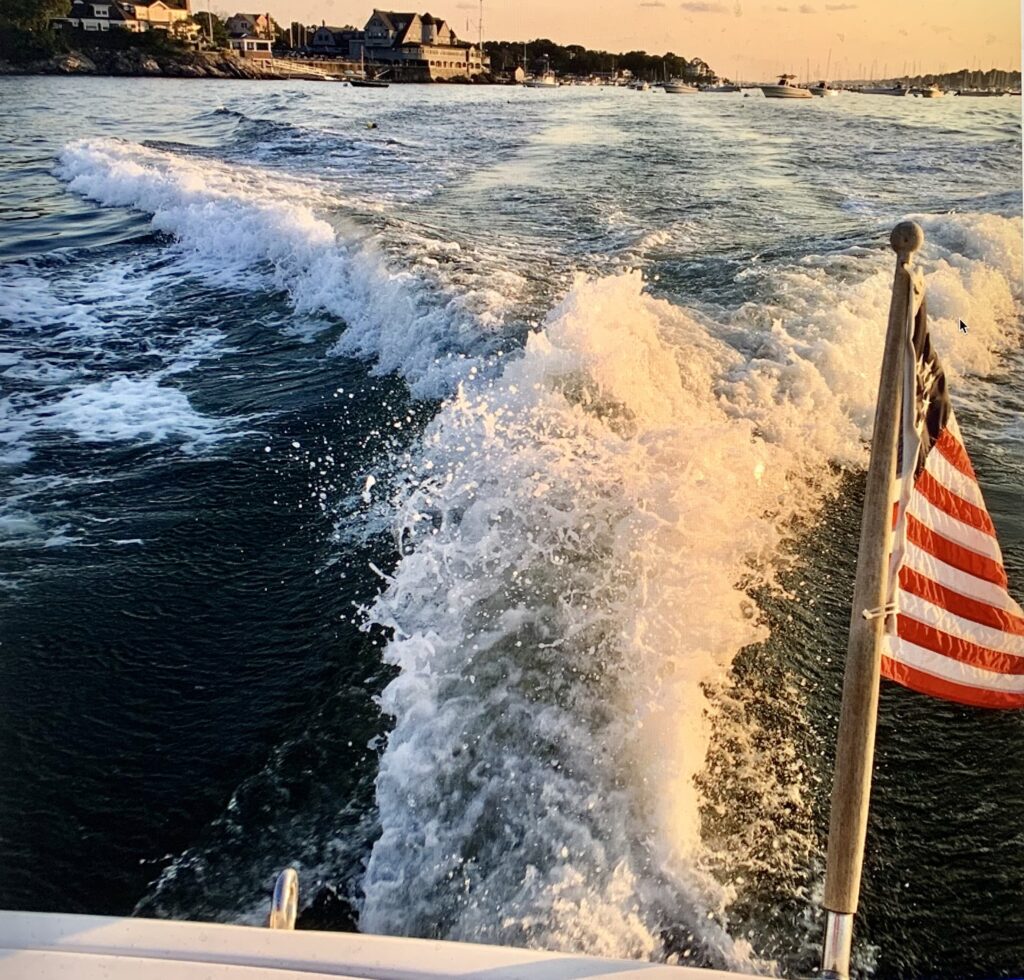 Cruising from the Eastern Yacht Club, Marblehead, Massachusetts  ( one of the original ports of the U.S. Navy )