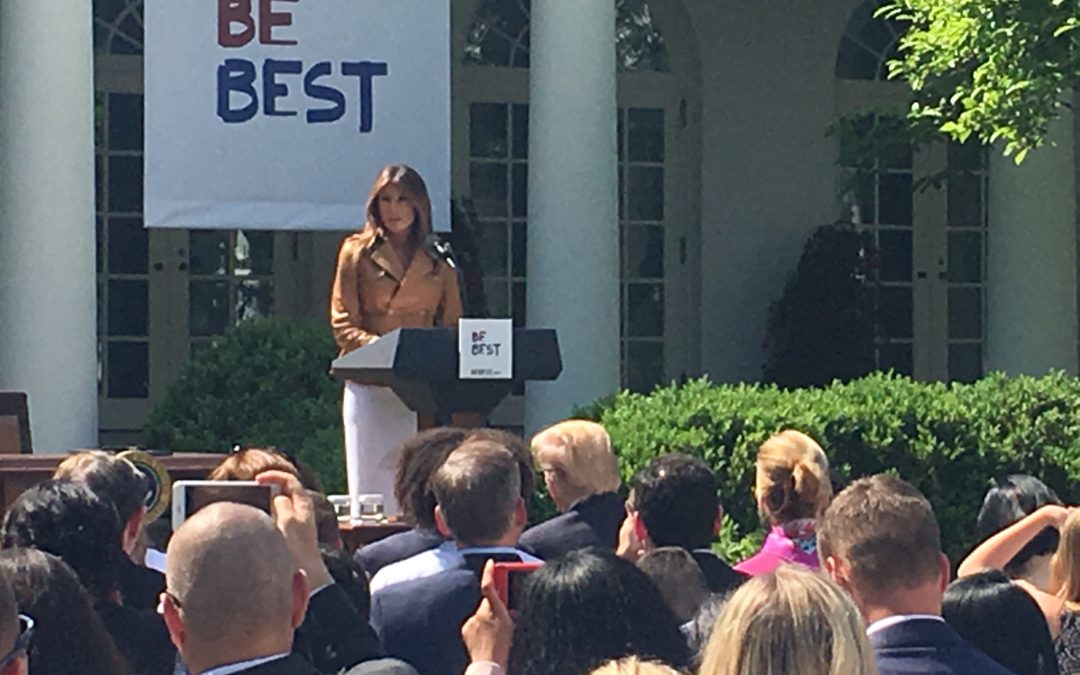 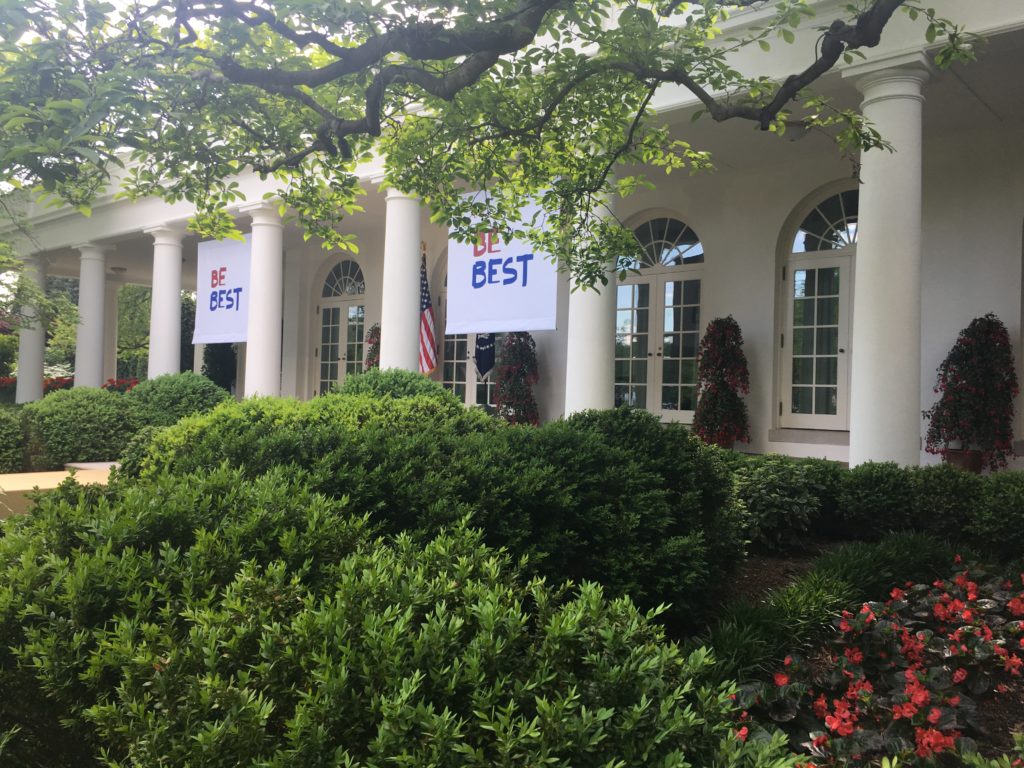 Every gardener knows, every garden grows, in it’s own way, and the White House Rose Garden is no exception. 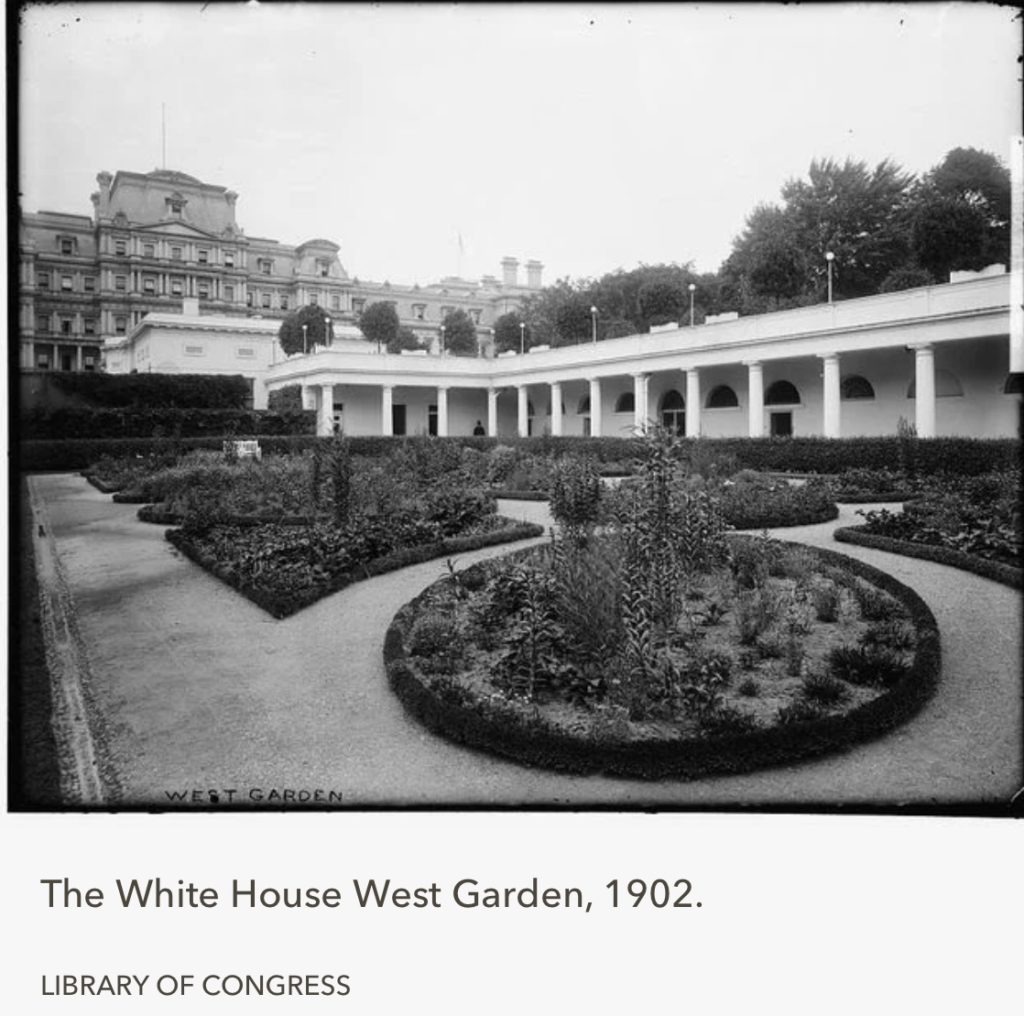 The first installation of the White House Garden was a 1902 project of Edith Roosevelt. Converting stable areas into garden beds, the First Lady wanted the reclaimed area filled with jasmine, black-eyes Susans and sweet-peas. In the evening she and her husband ,President Theodore Roosevelt, used the garden to paint and relax in rocking chairs. 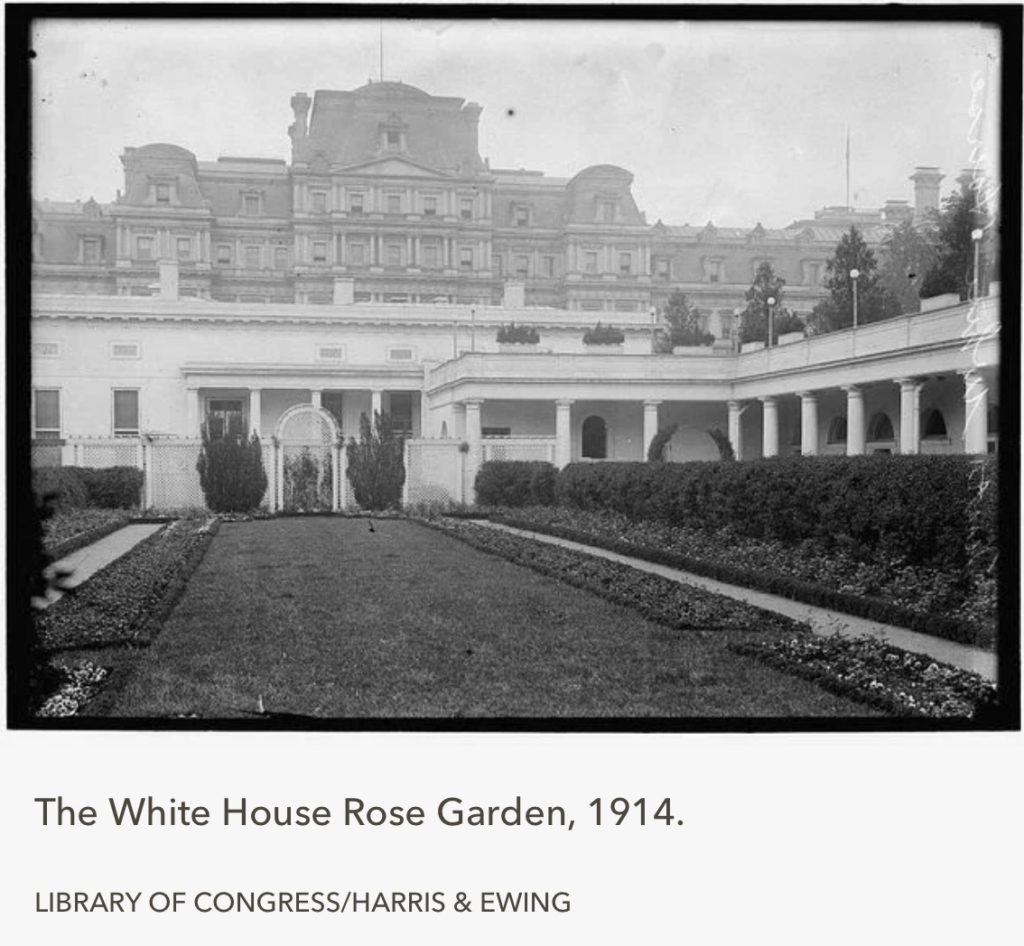 As Administrations changed, the style of the White House Rose Garden changed. Each grew to reflect the taste of the First Family in residence.

In recent times, the outdoor atmosphere of 1600 Pennsylvania Avenue has became synonymous with the Kennedy legacy.  In 1962, amateur gardener and friend of the family, Rachel Lambert ( Bunny) Mellon refined the space to match the expectations of President and Mrs.Kennedy. Bunny Mellon’s inspiration for the Rose Garden sprouted unexpectedly from magnolia trees growing in front of The Frick Museum on Fifth Avenue. Her eye for the impeccable saw the form and romance of the trees as a natural way to soften the lines of the White House. The lawn remained open to accommodate little children and White House guests for all sorts of occasions. 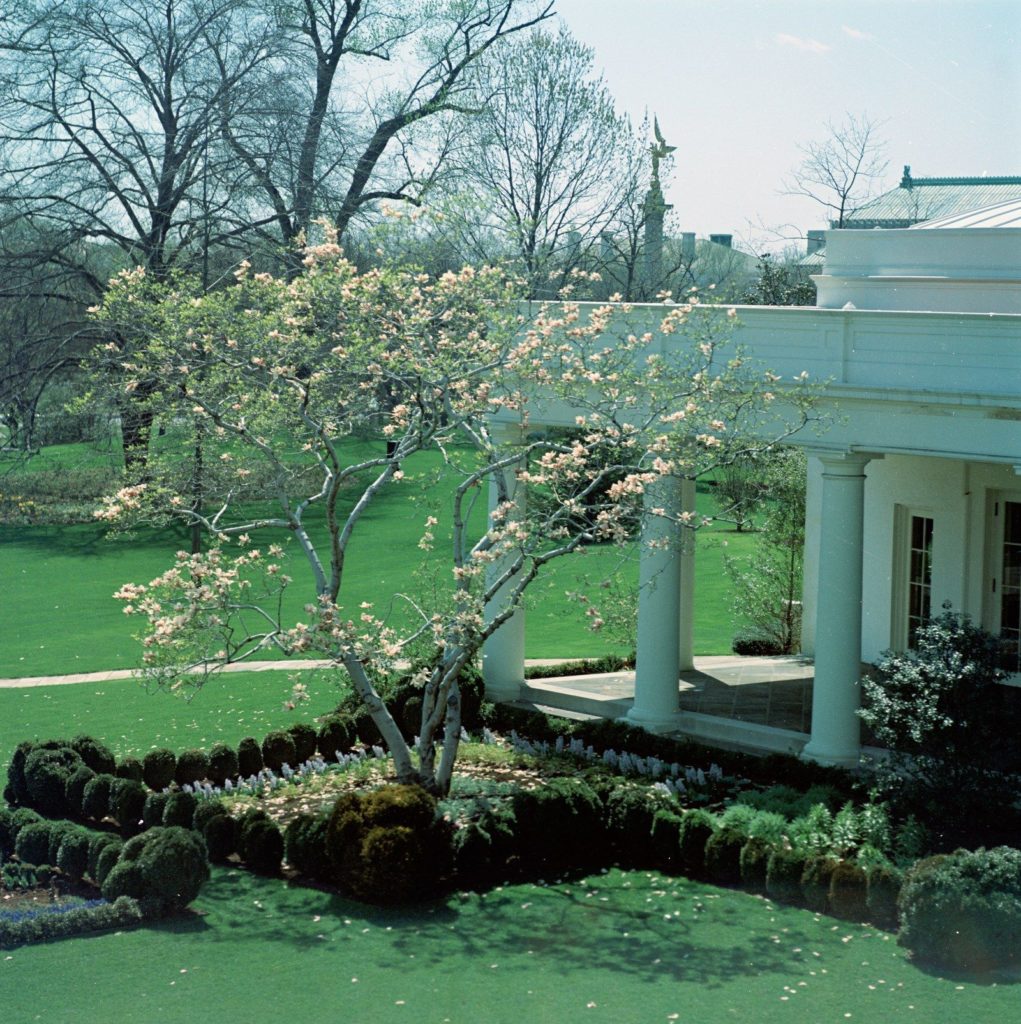 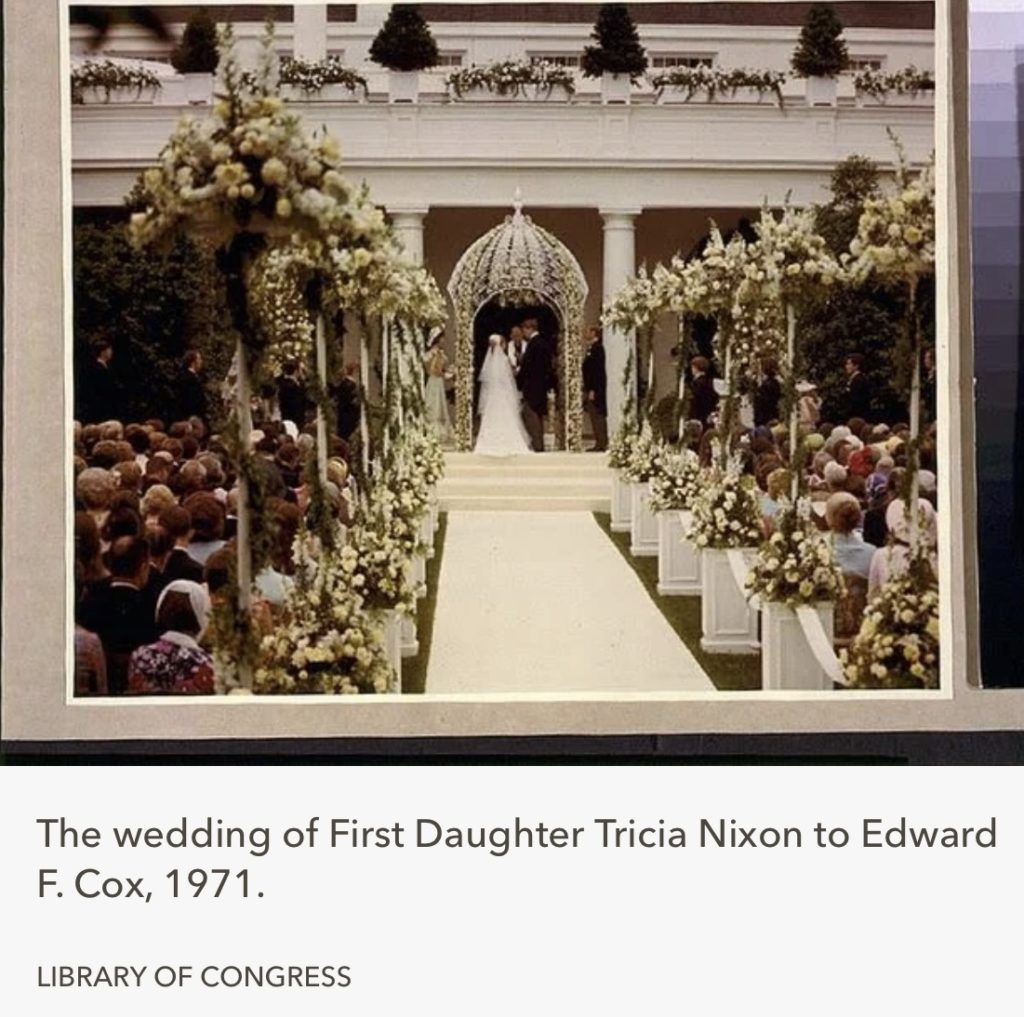 Lady Bird Johnson’s departing gift to the Residence was the addition of a Secret Garden for Children of the White House. The White House Historical Association says the space “is a symbol of connectivity of presidential families to the home they once occupied. Since that garden was established, it’s become a good-will tradition for presidential grandchildren to press their handprints and footprints into clay to be cast in bronze”. Those bronzed impressions become permanent garden ornaments. 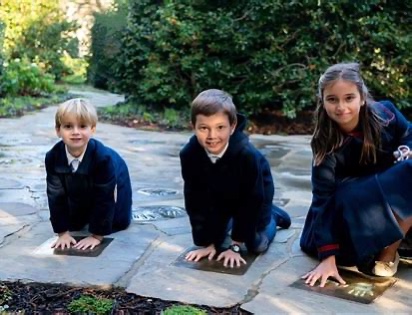 Trump grandchildren photo credit: BingAnnexing the Children’s space is the White House tennis court. The court was used by a number administrations for fun and fundraising.

Annexing the Children’s Garden is the White House tennis court. The play area became a favorite chill-zone for many presidential families used for fun and fund-raising. 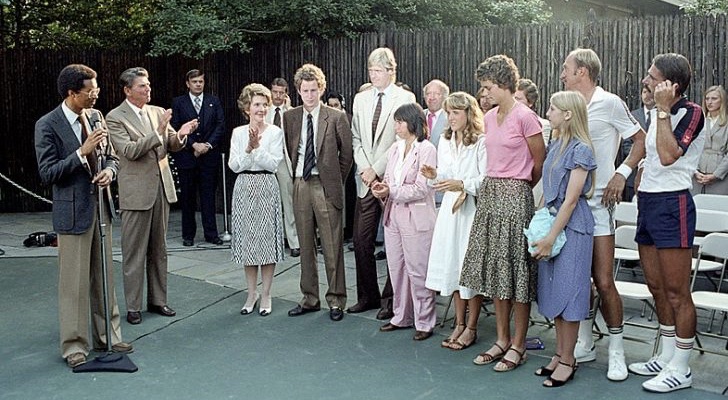 Under the Obama / Biden administration the court was repurposed for use as a basketball court and beer summit zone. 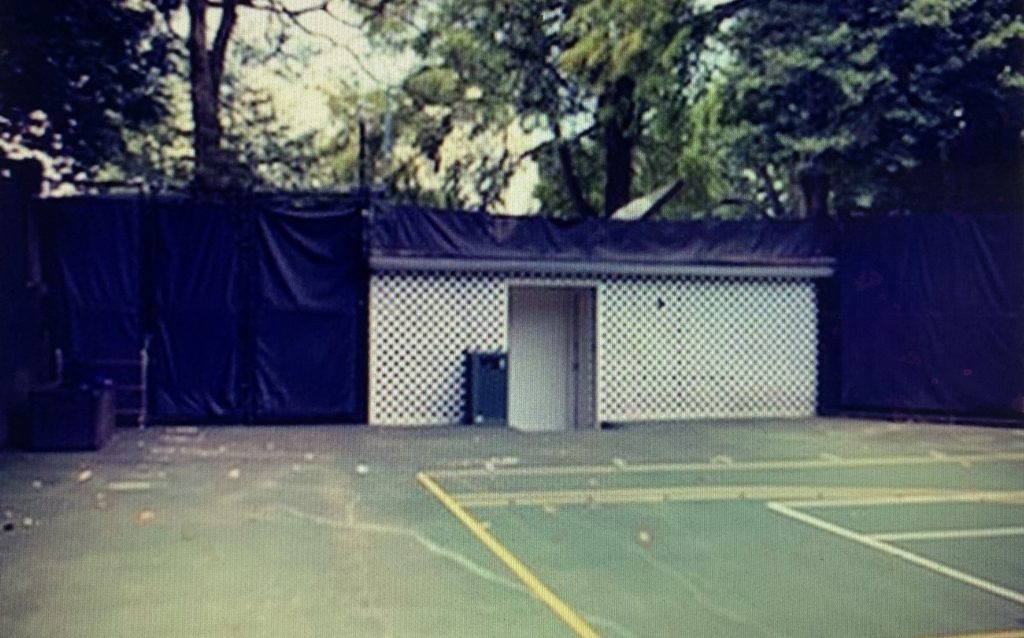 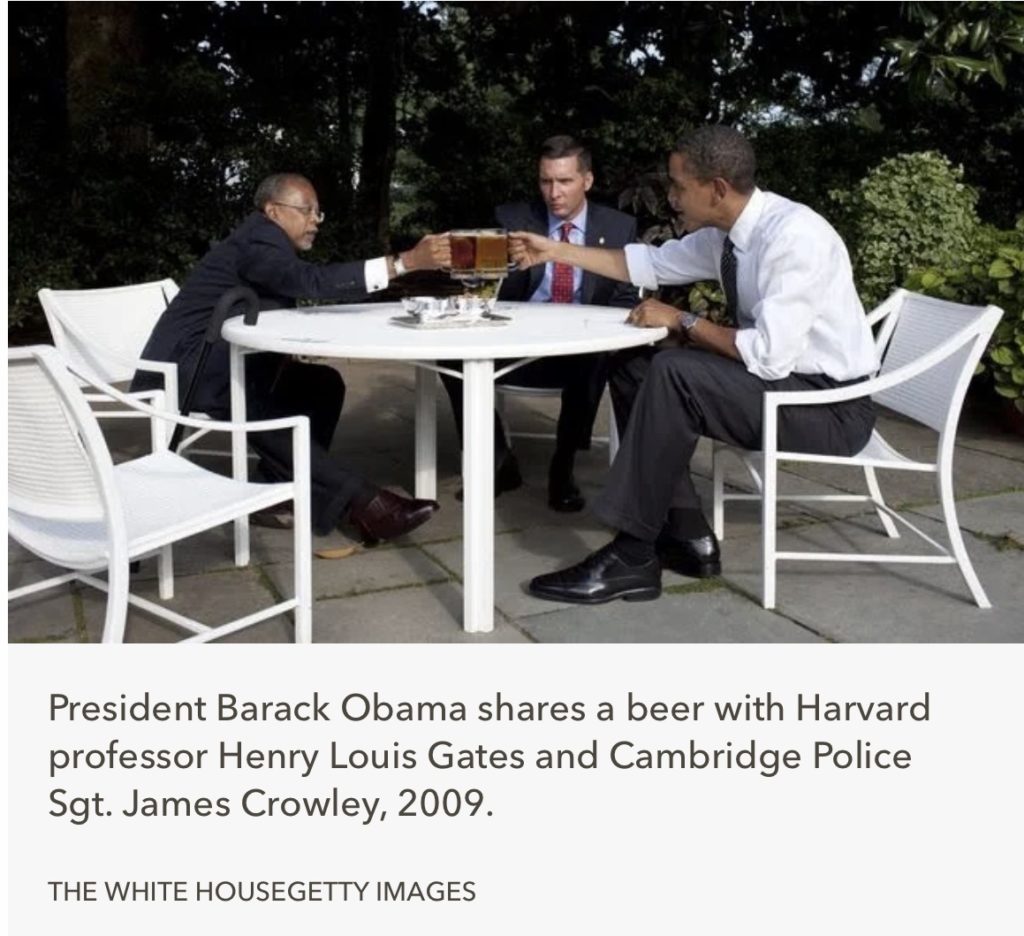 Restoration of the White House Rose Garden and tennis court were two of Mrs.Trump’s  ‘Be Best ‘initiatives. 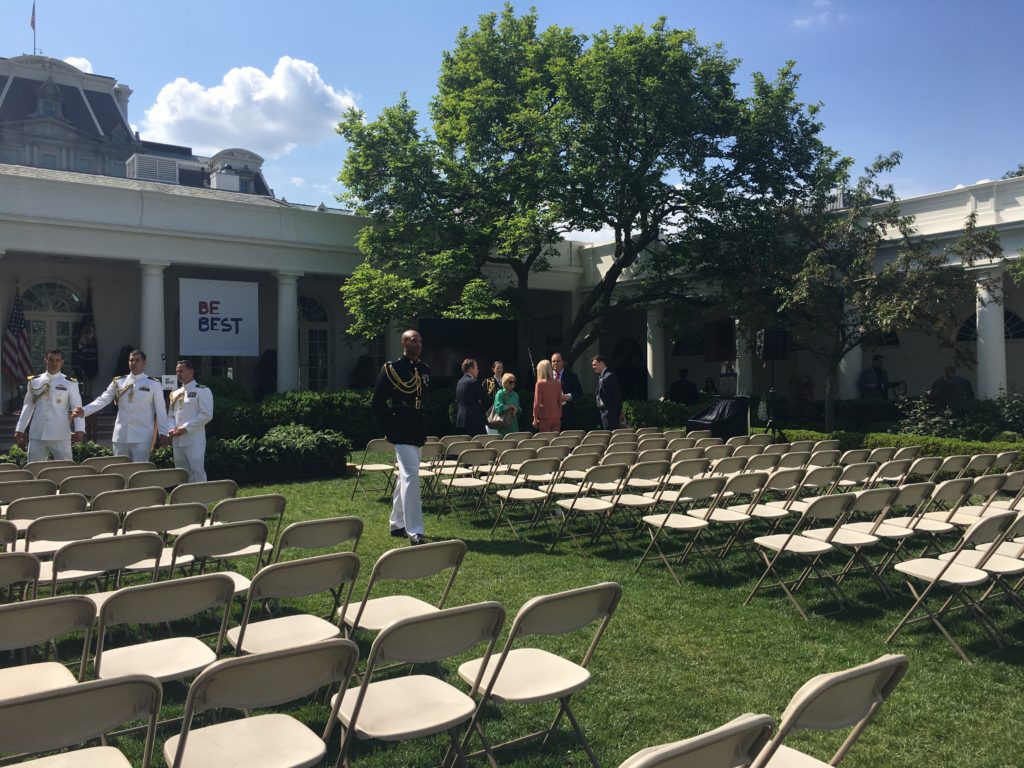 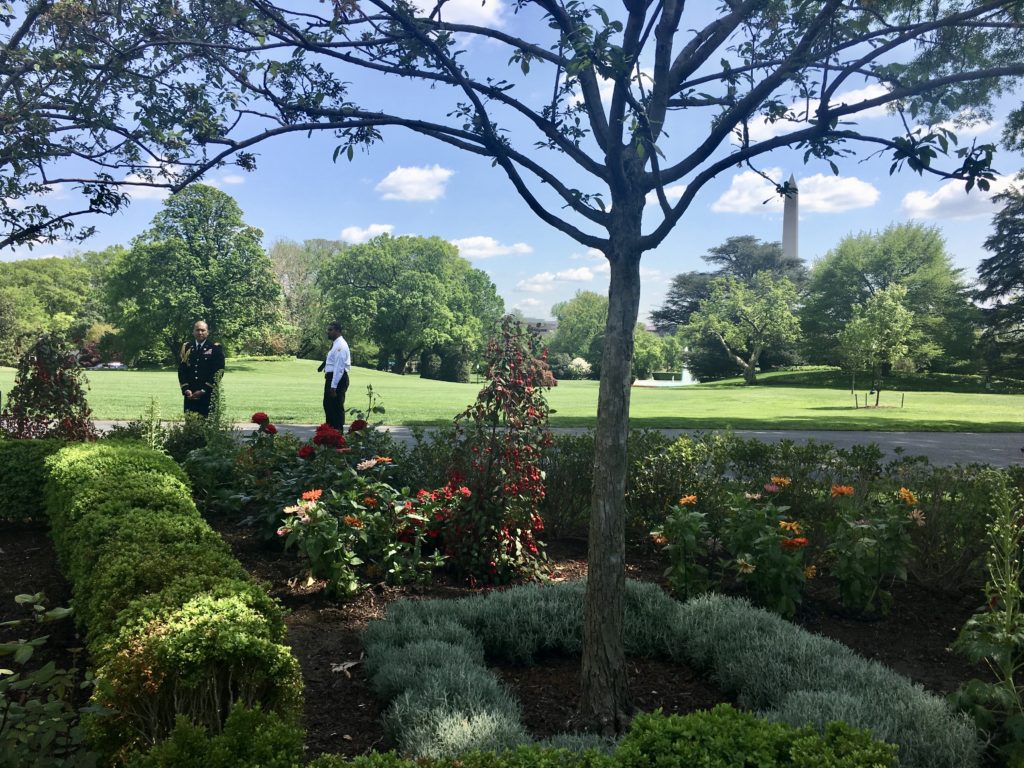 With the professional assistance of Perry Guillot, Inc, and Oehme, van Sweden & Associates the Garden beds were given a modern, cohesive esthetic. Coordinating the architecture and functionality of the tennis pavilion gave the play-space more compatibility with the style of the White House. Finished in 2020, the transformation, turned the tired to tasteful and the atmosphere was restored into a casually elegant extension of the Oval Office.

Like the Garden enhancement of Lady Bird Johnson, Mrs.Trump’s intension was to improve the Rose Garden and grounds as a gift for future residents and guests of the White House. 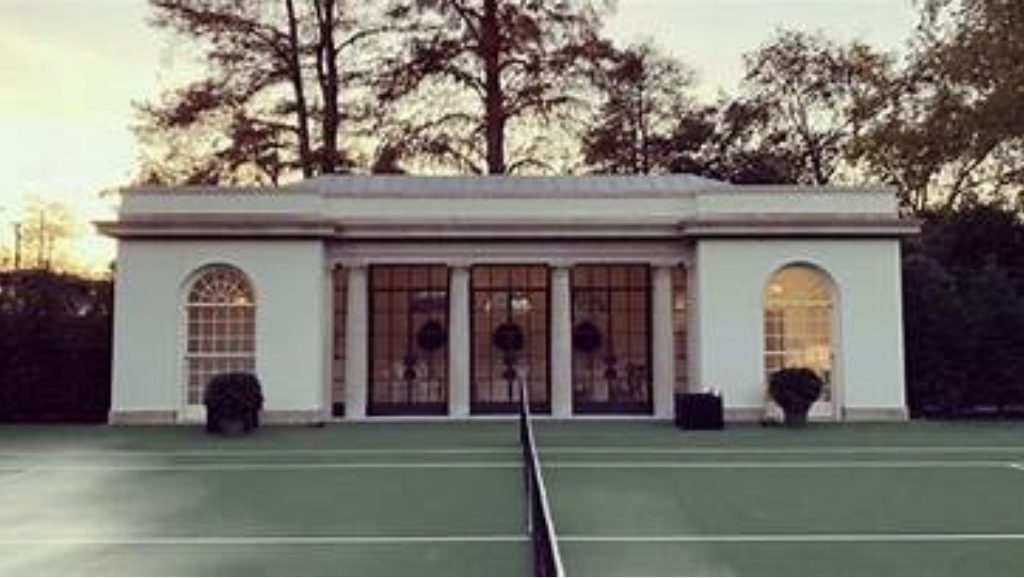 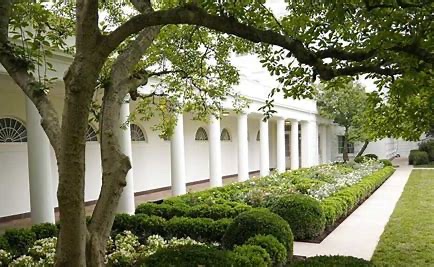 This week, claiming the esthetic is boring and self-serving,  45,000 people signed a petition on Change.Org to remove the improvements Mrs.Trump made to the White House Rose Garden area.  The expectation is the changes will be more in-line with the style and taste of the current administration..

Every gardener knows, every garden grows in it’s own way, and the White House Garden is no exception. What ever design develops next, American’s can only hope it will ‘Be Best’ for the Nation. 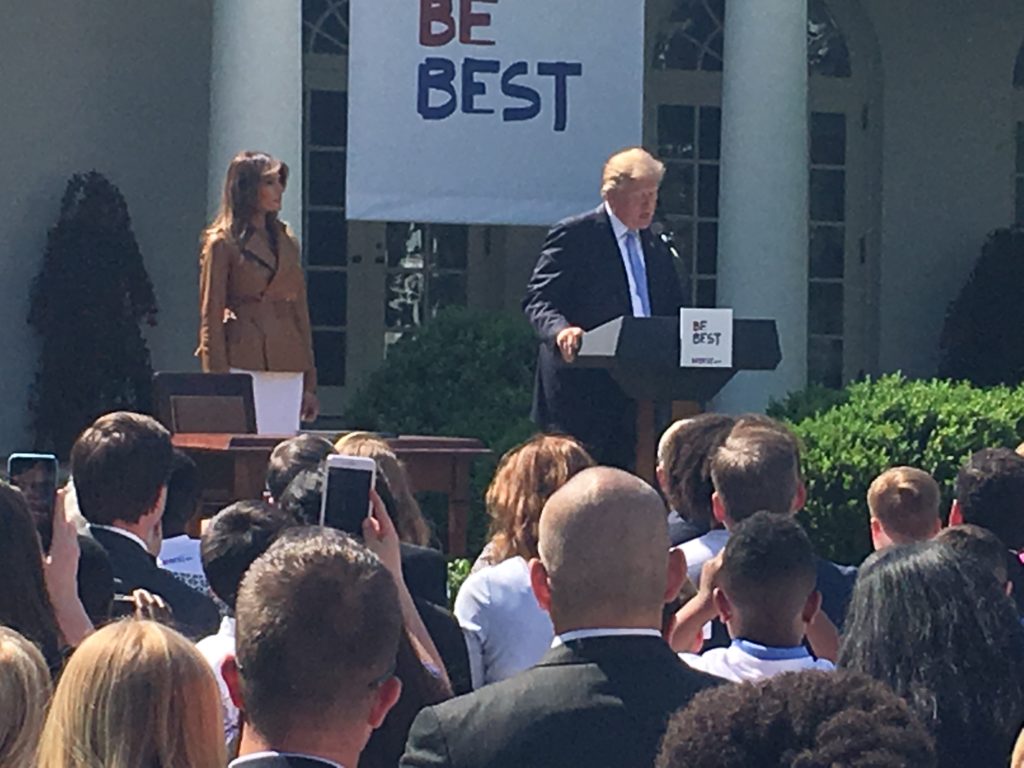