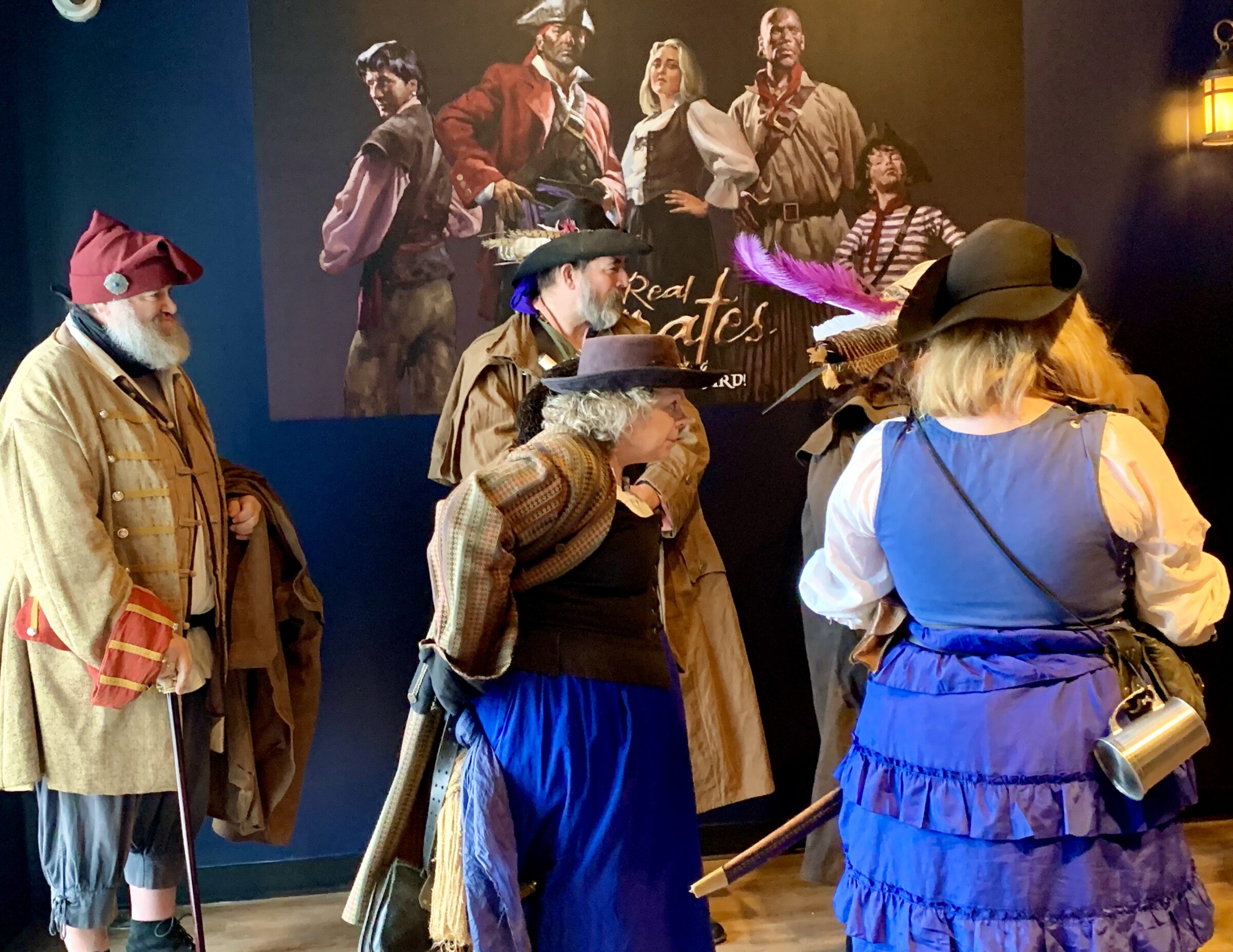 Sharing stories old and new, “Real Pirates” just anchored in Salem, Massachusetts. They’ve set-up a new museum with the power to rock your imagination ~ like a rising tide! 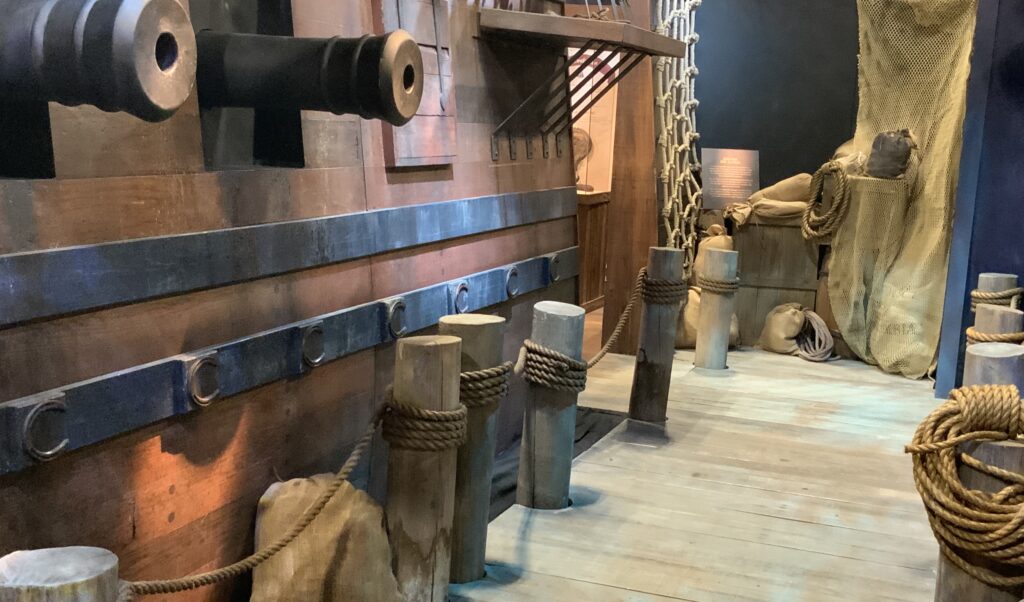 Before landlubbers enter galley-like galleries, visitors stowaway into a bench-lined theater to watch a short film about life on the Whydah. 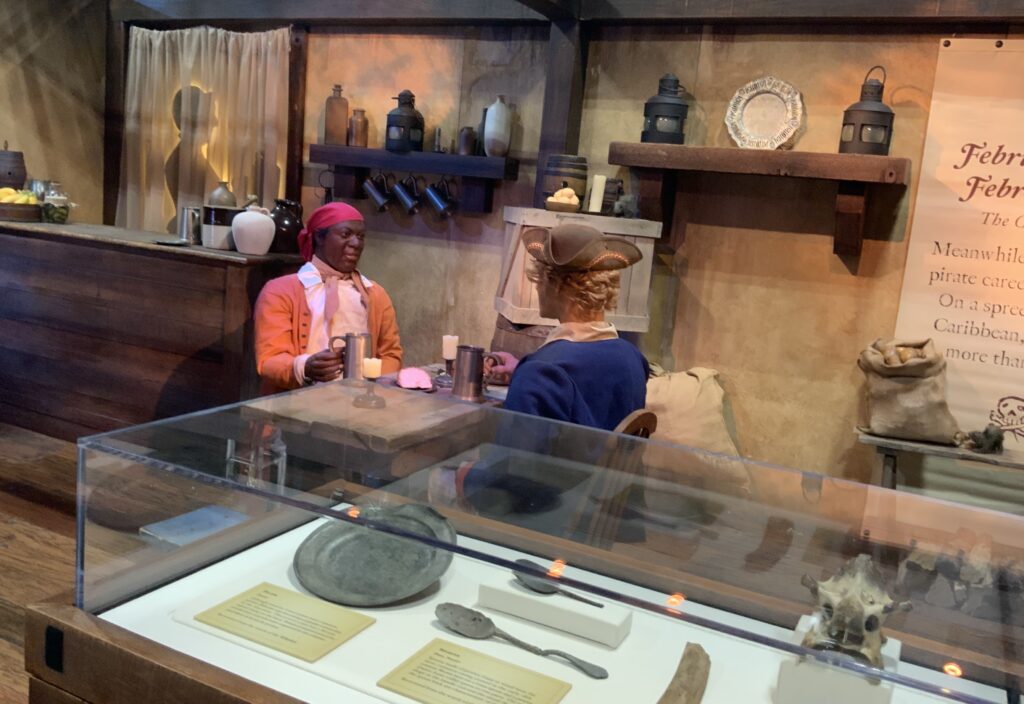 Like many vessels commissioned by British Parliament in 1715, the Whydah was designed to transport slaves from the West Coast of Africa, and Caribbean Islands to London. Despite being a technologically advanced, three masted ship, slaves were shackled together and stowed inhumanly below-deck in unsanitary conditions. Pirates eager to loot any ship in their path navigated trade-routes through the Windward Passage, always ready to fight-to-the-death for bounty. 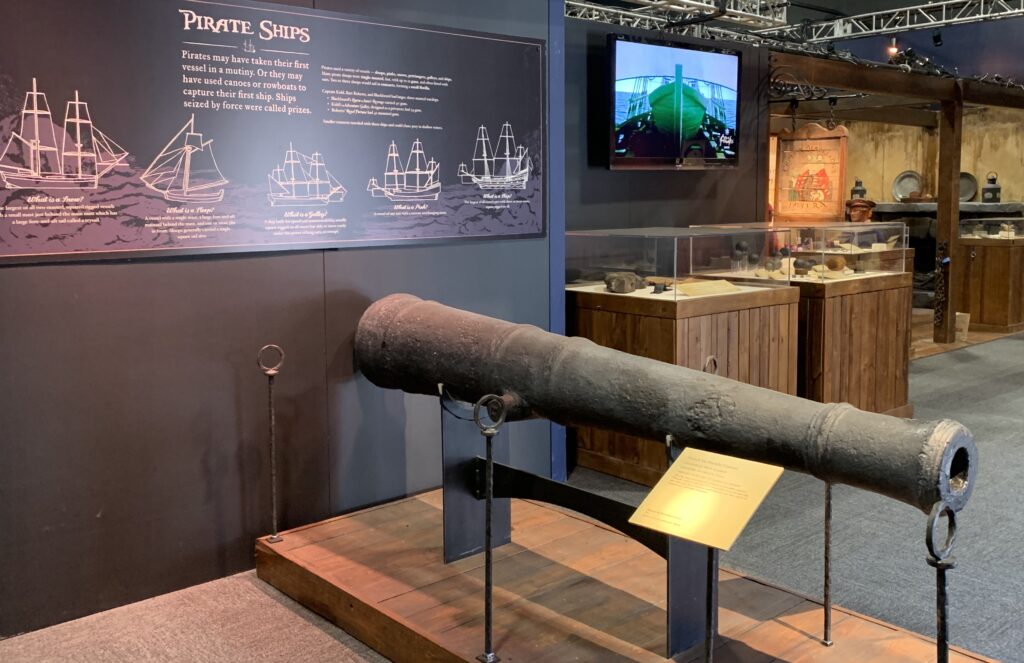 The “Real Pirates” film features the lot of the Whydah after Prince of Pirates, “Black Sam” Bellamy and his motley crew commandeered the vessel from their original ship.  When the adventurous movie ends, ship-doors open to reveal treasures recently recovered from a watery 300 year old grave. 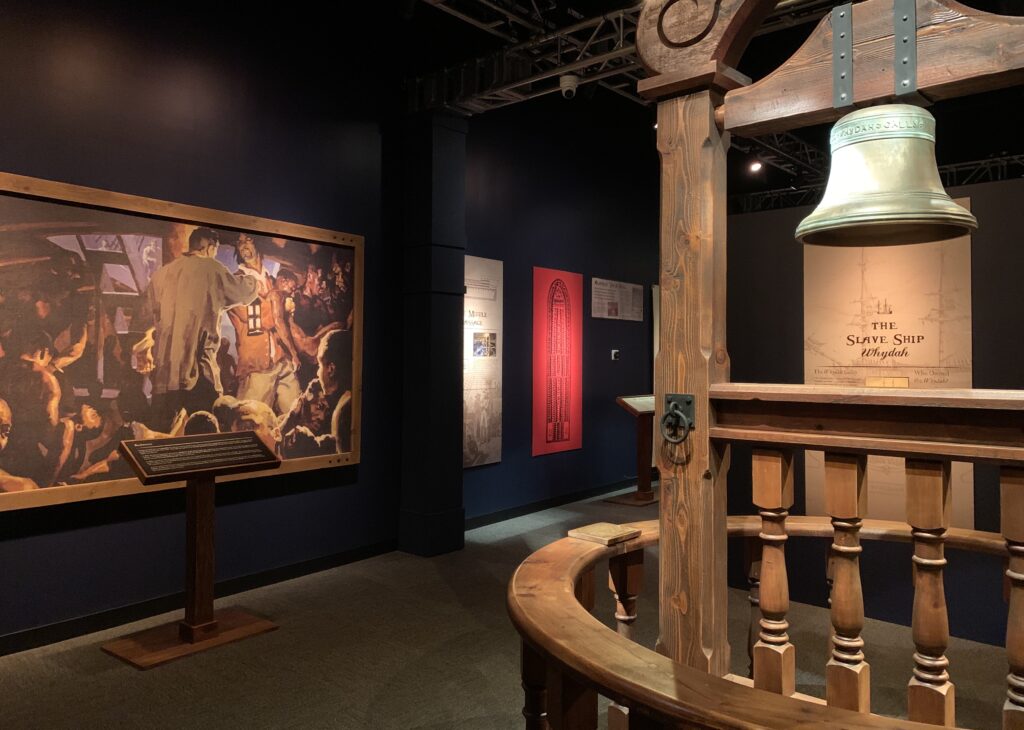 The Whyday’s inscribed galley bell. Found in 1984,by an underwater exploration team lead by Barry Clifford

Distinguishing himself from others,”Black Sam” Bellamy and his crew saw no reason to harm slaves. Their only interest was to take-over the ship and raid it’s treasures. Under the command of “Black Sam” pirates and slaves lived a democratic life, with each man’s vote, about ship-business, counting equally.

Legend has it, Bellamy was motivated by more than money. He was a pirate for love.  Having been dismissed as ‘financially unsuitable’ by the father of his true-love, ‘Black Sam’ was determined to become rich enough to marry Maria Hallett of Cape Cod. Before Bellamy set sail, it’s  rumored that Maria gave Bellamy a teapot and a ribbon for remembrance. 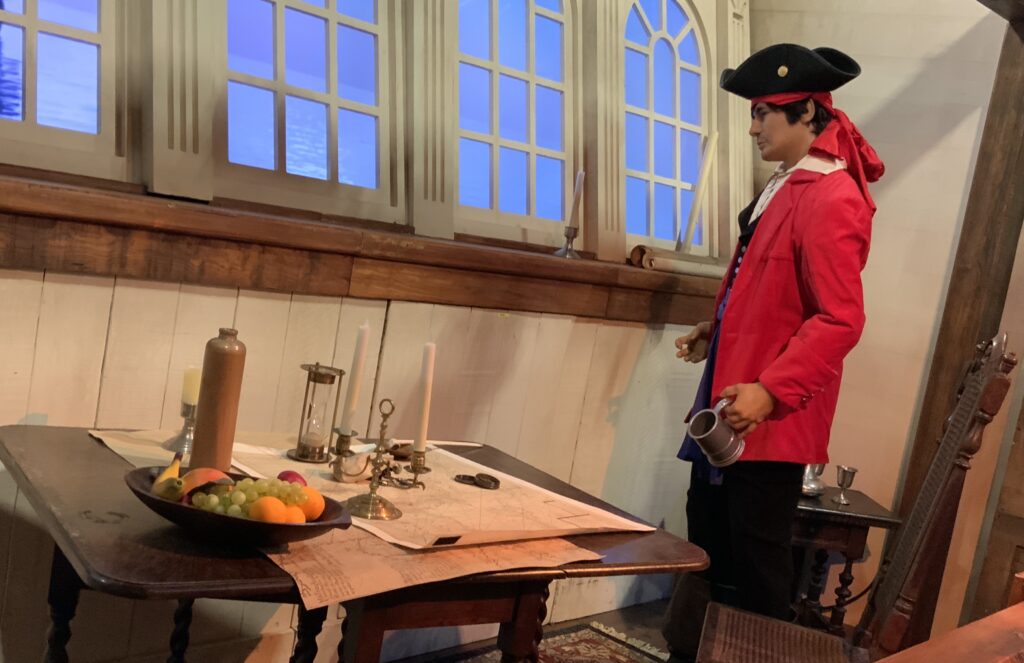 In March of 1717, ‘Black Sam’ had earned a reputation as the youngest and richest Pirate in the water. He and his crew decided the Whydah had all the loot she could hold. They set sail for home from Haiti, ready to impress family and friends with treasures that included Spanish gold and silver.

Reaching the coast of Cape Cod on April 26th, a dense fog surrounded the Whydah. Thunder rumbled and lightening flashed as waves crashed over her deck. Only 200 yards off the coast of Wellfleet and Maria Hallett’s home, Bellamy and 100 of his crew were shipwrecked. 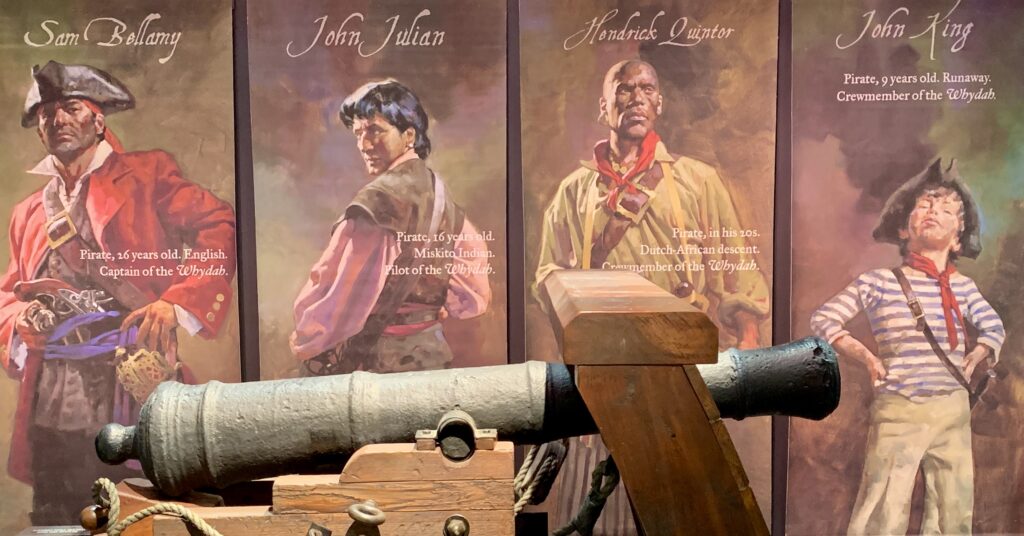 A flotilla of ships and crews captured by ‘Black Sam’s’ Whydah survived the storm. Their stories lived on but their treasures were buried at sea, until a diving expedition, lead by Barry Clifford, lead to discovery of a modern day archeological site of unprecedented proportions. Artifacts retrieved from the Whydah include the ship’s bell, a leather shoe, silk stocking and fibula bone of it’s youngest crew member, weapons of all sort and…. a silk-ribbon covered pistol. 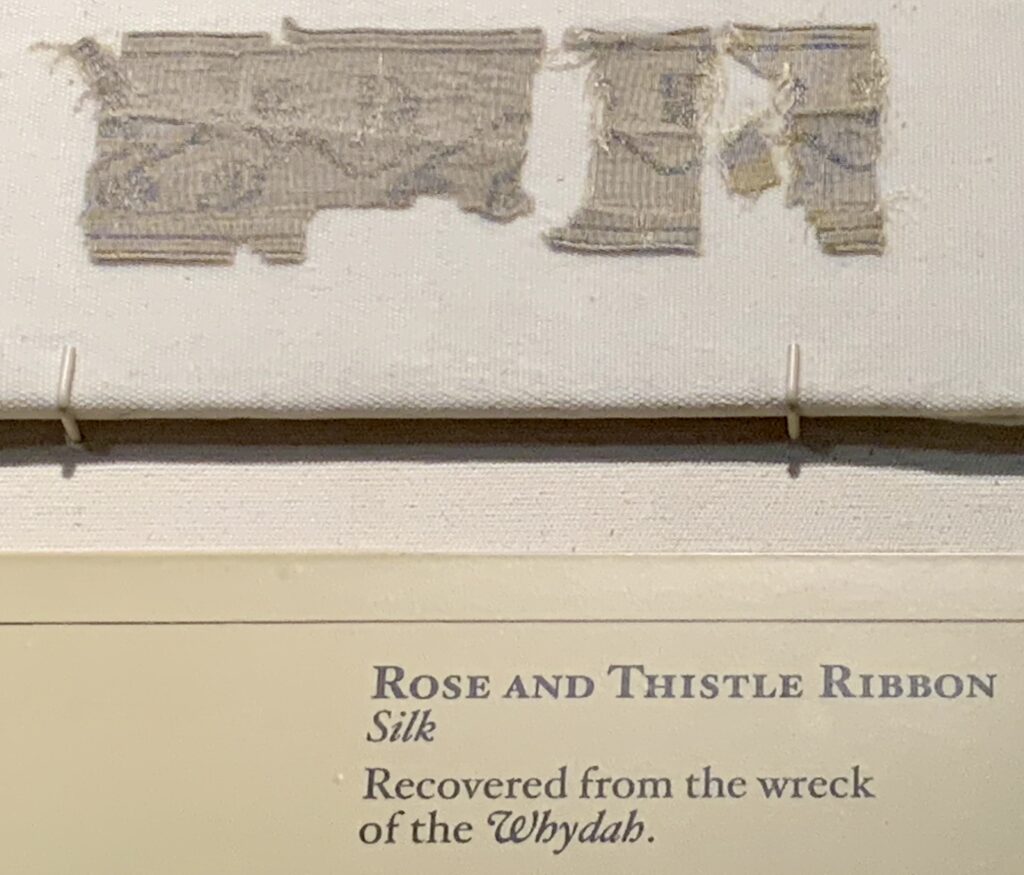 Recovery of booty remains an on-going project. Authentication of secrets and riddles of the Whydah is supported by the National Geographic Society.  An on-site Discovery Lab and scientist encourages guests to explore the concept of ocean conservation and artifact preservation. 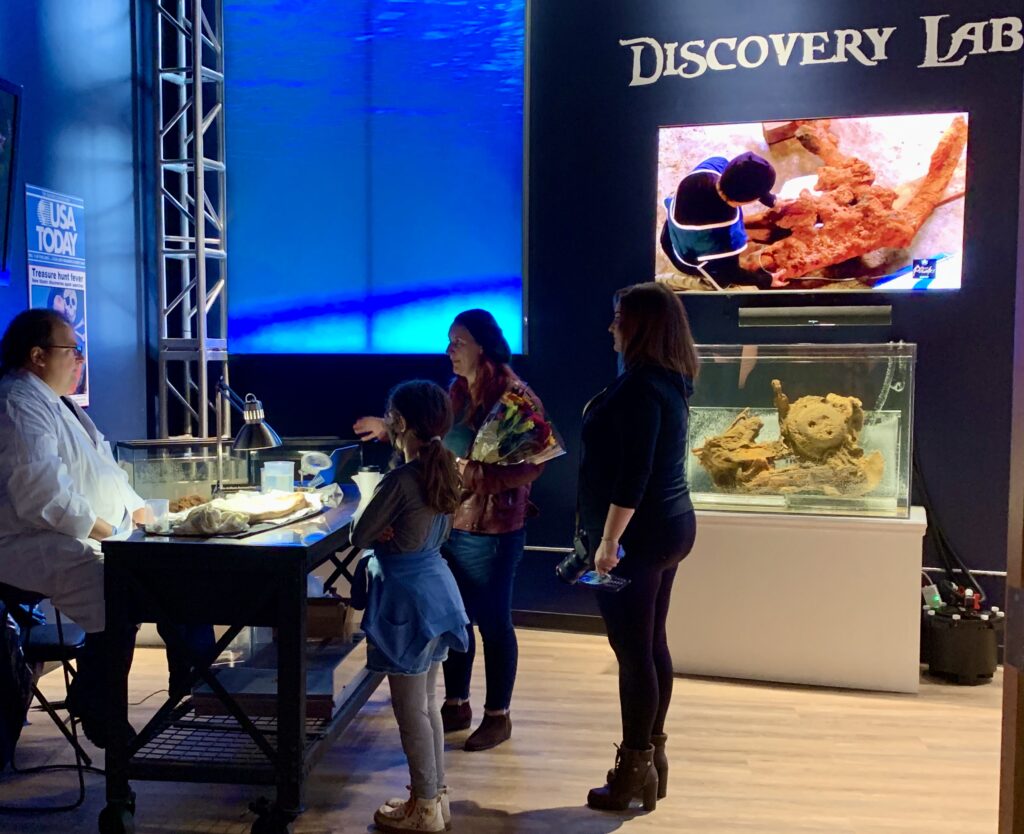 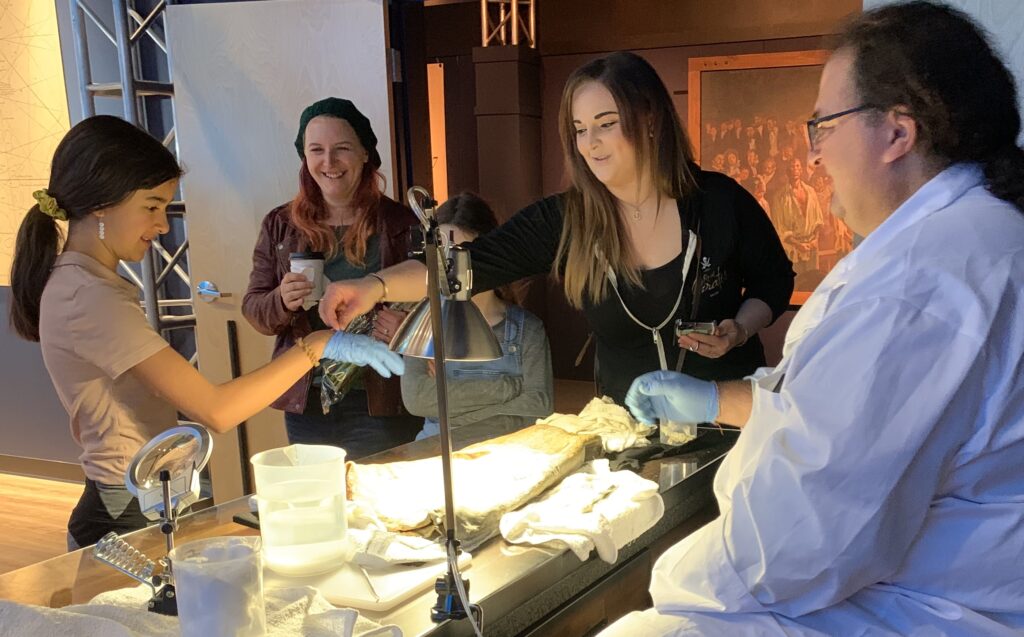 Dr. Scott Herber in the Discovery lab with friends.

‘Real Pirates’ invites you to live untold stories of the “Whydah’ at 285 Derby Street in Salem. On the water, a block away from the Peabody Essex Museum, the ‘Real Pirates’  museum is next to a cool skatepark and Lulu’s sandwich shop. 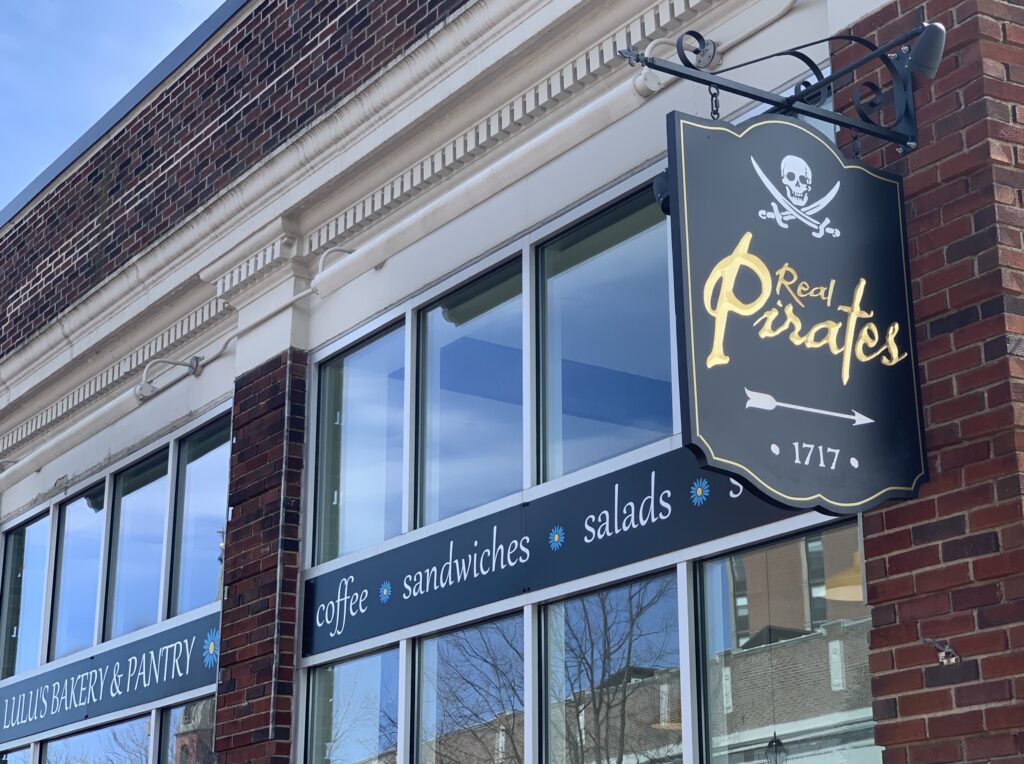 Real Pirates, a skate park, a sandwich shop a block away from the Peabody essex Museum ~ fun for all ages!