“All There Is” by Anderson Cooper is Worth Listening To 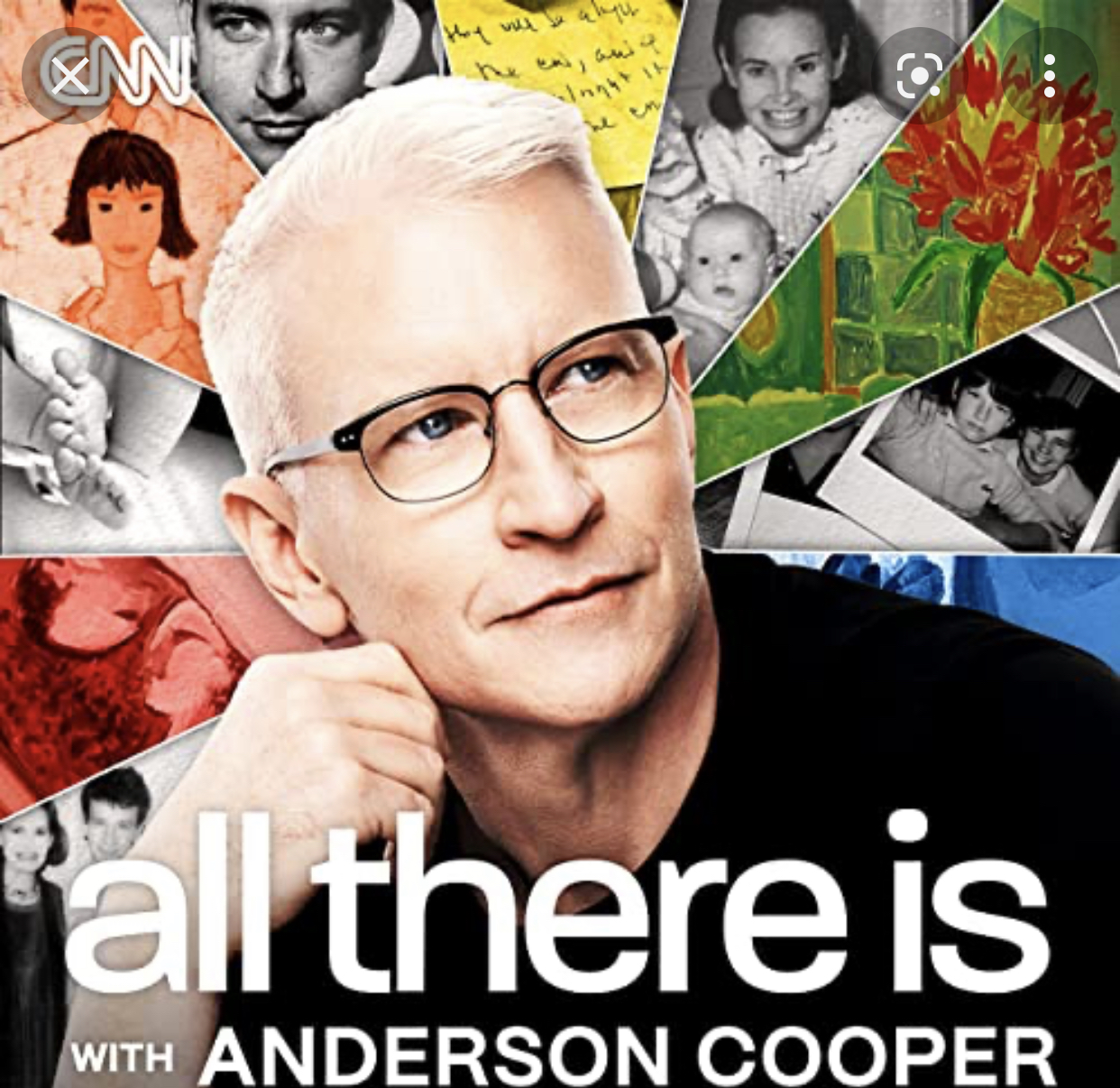 Anderson Copper’s podcast “All There Is” may inspire listeners to revisit the theory of evolution, not in the physical ‘survival of the fittest’ Darwinian way, but rather, in a way that unravels then strengthens connections to an emotional primal code. Cooper’s chats with guests have a mystical quality to them, something ephemeral that connects ordinary memorabilia to deeply embedded memories. The fusion of memento and memory is capable of transporting listeners to another world, into a space we don’t often explore, and yet may hold secrets human-kind has been longing to discover.

In this series, an old song, an audio cassette, boxes of pictures, and a brother’s belt, are random links to the universal experience of love and loss.   “All There Is”  in no way answers the question of how to process grief, instead it encourages bearing witness to grief’s indelible presence in our lives. The podcast allows for the possibility this emotion is not necessarily an ending but a portal to an energy that connects our beings, beyond time and space. In much the same way as our physical characteristics are passed from one generation to the next, could it be our connection to grief’s manifestations help us tap into roots from our family tree?  If we can decode this mystery, perhaps the power of grief is not destructive but purposeful.

Anderson’s personal reflections, like those of his eclectic guests, are intimate. Often the conversations can be felt viscerally, almost on a cellular level. Fragmented stands of lost memories pour from a helix of sharing. Cooper and the conversationalists connect listeners to their sense of loss forming an unexpected community of relatives. This commune of tears and trauma is also filled with acceptance and laughter, the commonality of the expressions somehow prove we belong to the family of mankind.  When listening to “All There Is” we share a wave-length broader than broadband. Clearly, grief is not “All There Is.”

For Cooper, unlocking the door to his mother’s one-time apartment pries open a portal to his family legacy. An unexpected note in his mom’s handwriting, a carefully folded pair of his dad’s pajamas and a calendar forever frozen on July, 22, 1988, the day of his brother Carter’s death, seem random but are keys to understanding Anderson Cooper’s greatest inheritance, an invitation to update the psychologically evolving language of ‘good-bye.’

Much of Gloria Vanderbilt’s life has been reduced to salacious mind-candy on glossy tabloids but this podcast reads between the lines, revealing DNA’s dynastic properties. Gloria’s youth was filled with a sense of ‘want’. Seeming to have it all, she had to work to navigate uncharted waters of a life filled with tragedy.  Anderson’s life follows similar emotional tracings of his mother’s strength of character and profound sense of longing.

“All There Is”,  is the natural extension of “Nothing Left Unsaid” and “The Rainbow Comes and Go”. Both the book and the HBO Documentary chronicle the congruent and incongruent life Cooper shared with his mother. These works from the heart do nothing to add luster to the vault of Vanderbilt tabloid conjecture. Instead the conversations are more broadly anthropological. The totality of their emotional excavations unearth evidence of evolutionary connectivity.  The podcast orbits a universe of intuitions, sixth senses, and inexplicable vibes, the stuff no one can explain~ but listeners relate to instinctively.

“All There Is”  with Anderson Cooper is available on CNN Audio.  New episodes are released each Wednesday.  The series is well worth listening to. It may take you on an emotional trip to a distant but familiar space that encourages you to wonder if our cells hold primal codes for both our physical and emotional connections to humanity’s evolution. 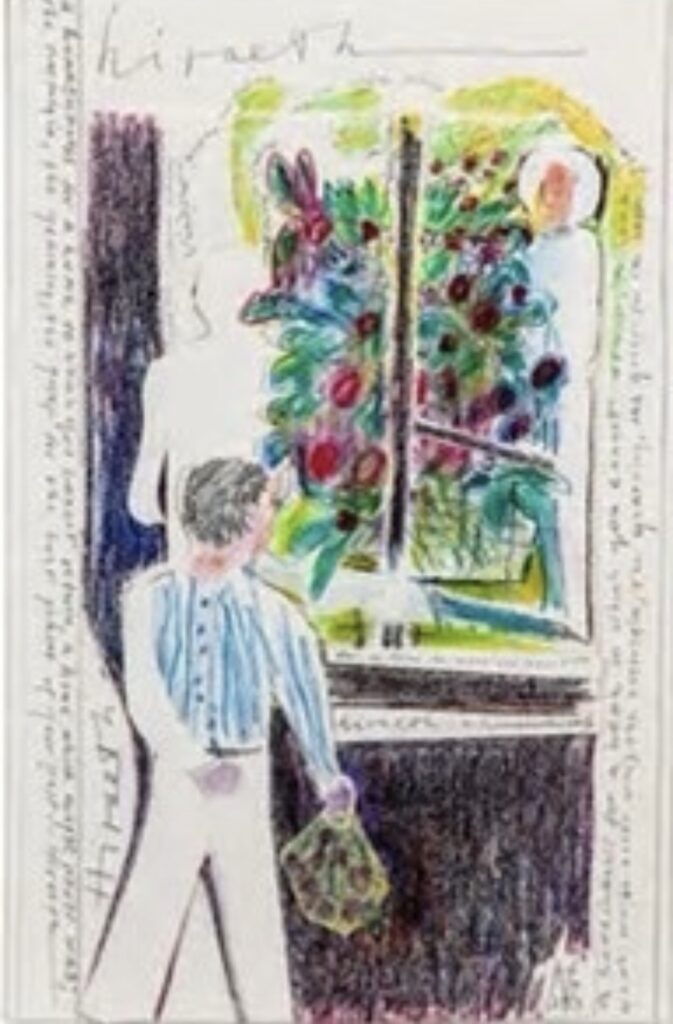 Gloria Vanderbilt: ‘HIraeth’ a visual expression of the Welch word that conveys a blended sense of longing and homesickness, perhaps for a place that never existed