Anderson Cooper revisits “Vanderbilt :The Rise and Fall of an American Dynasty” with Katherine Howe 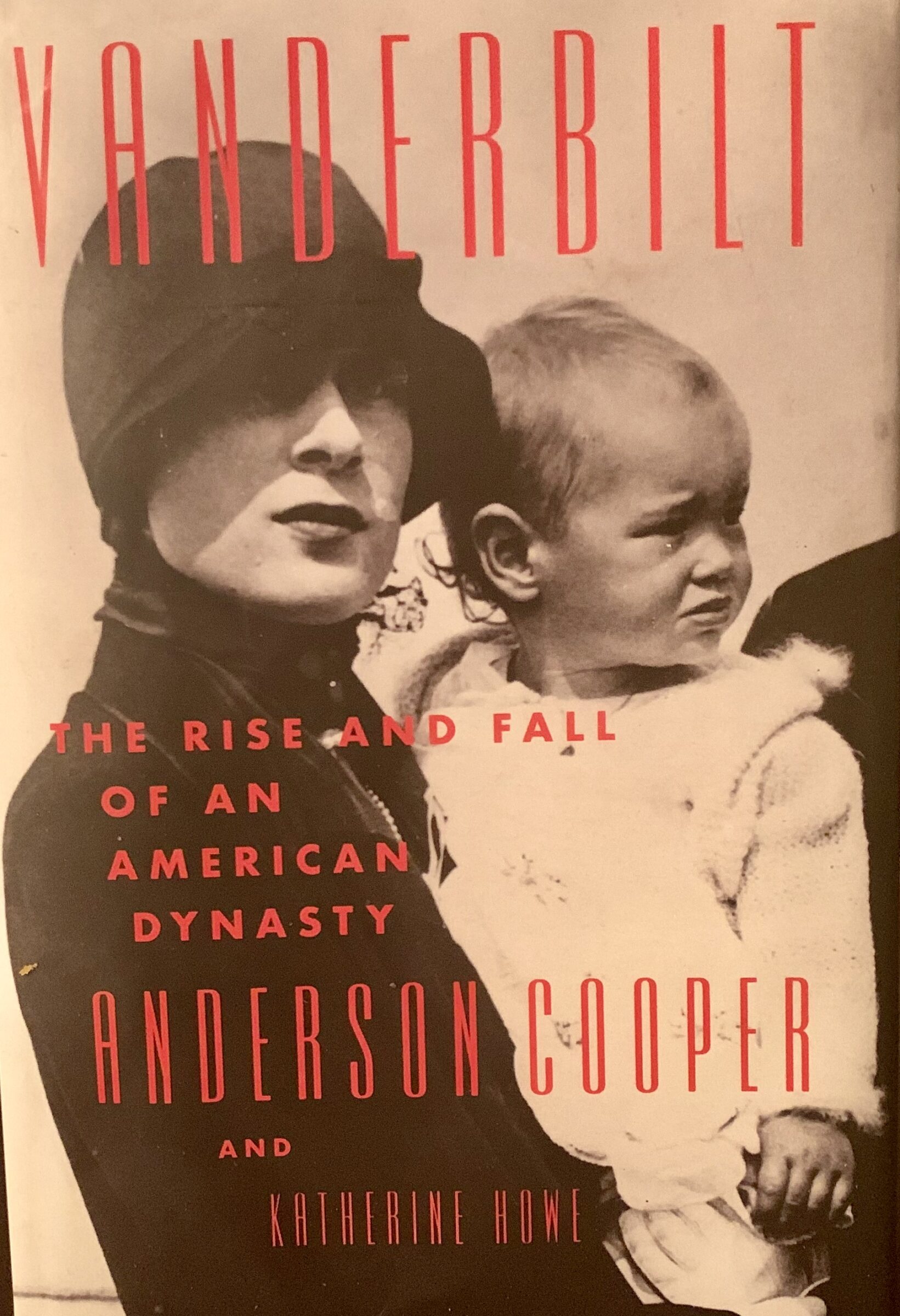 Vanderbilt: The Rise and Fall of an American Dynasty by Anderson Cooper and Katherine Howe is an amalgam of ambitions and entrepreneurship.  The authors thread individual intentions with industrial expansion into a fascinating tapestry of a historic family’s timeline. The intentional and unintentional consequences of a tenacious personality are woven together with the force of a locomotive. Unexpectedly, a curious map of our national zeitgeist emerges.

For Anderson Cooper the names, faces and places of this story are genetic links to his personal privileges and emotional pains. However circuitously, readers of the 290 page text may also relate to his-story. If Cornelius Vanderbilt, Cooper’s maternal ancestor, had not forged his work-ethic into an American dynasty ~ would our-stories have changed course?

The timeline of this book begins in the mid-1600’s when the Van der Bilt’s, an unremarkable immigrant family of Dutch descent, settled into New York. Agriculture sustained them.

Cornelius was born into the family in 1794. He worked as his father’s assistant shuttling farm-goods and people between Staten Island and Manhattan. Even without an education, Cornelius Vanderbilt was known as a shrewd kid. He hustled to convert his family business into a dominant force in the shipping industry.  The aggressive boy earned the nickname ‘The Commodore’. He also earned a king’s fortune. Currency and controversy tracked the self-made man whose relentless work-ethic lead him to capitalize on gold-rushers moving west. His industrious nature served the nature of America. As shipping lanes developed; trade expanded, employment opportunities grew, settlements became towns, commerce roared like a steam engine. Cornelius Vanderbilt’s drive drove America forward. 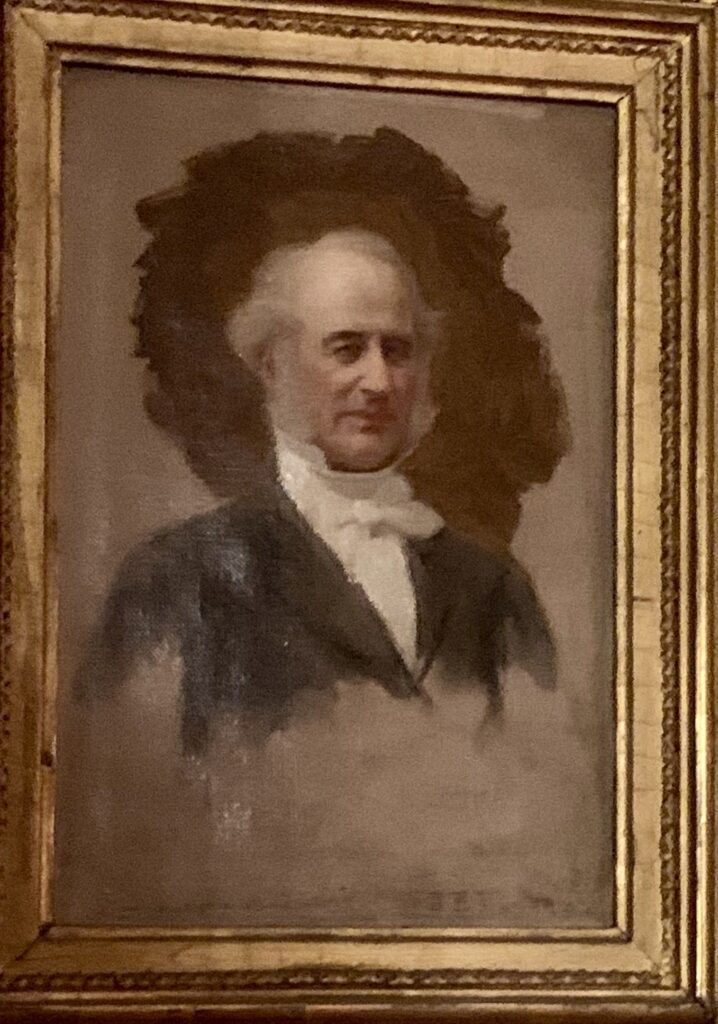 Portrait of Cornelius Vanderbilt  at the Breakers, Newport Rhode Island

Although he was considered  “too rough around the edges for polite society” the Commodore had earned 100 million dollars before he died in 1877 of venereal excess.  Of the 13 children Cornelius had with this wife Sophia, the bulk of the money was left to their son William. “Billy” doubled the family fortune into today’s equivalent of $5.4 billion dollars.

The abundant inheritance was bundled with an abundance of dirty laundry. Billy’s son Cornelius ll leveraged the money to clean-up the family name. Cash reserves were traded for social caché. The name once synonymous with American entrepreneurialism began to suffer  consequences from decisions made by self-indulgent dilettantes.  The family lost sight of the value of hard work. 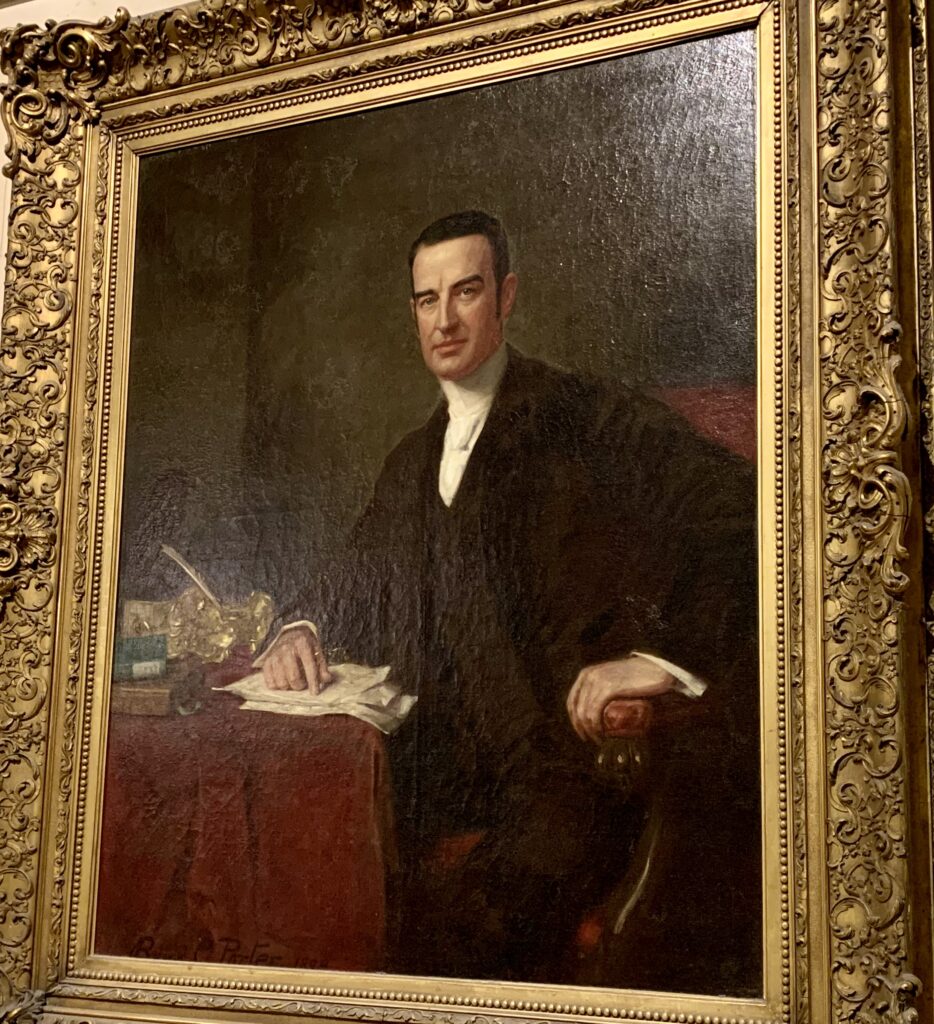 Portrait of Cornelius Vanderbilt ll at the Breakers in Newport Rhode Island. 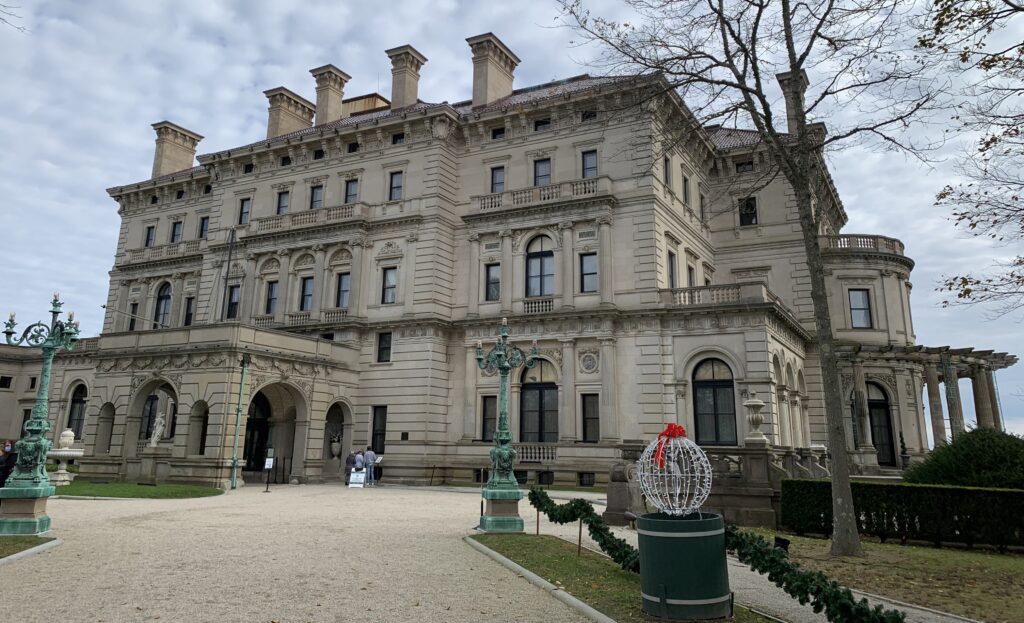 The Breakers, Newport Rhode Island, built by Cornelius Vanderbilt II in 1893 as a Gilded Age Summer Cottage. The spectacular 70 room mansion and grounds are open Now – January 9th for the holiday season. 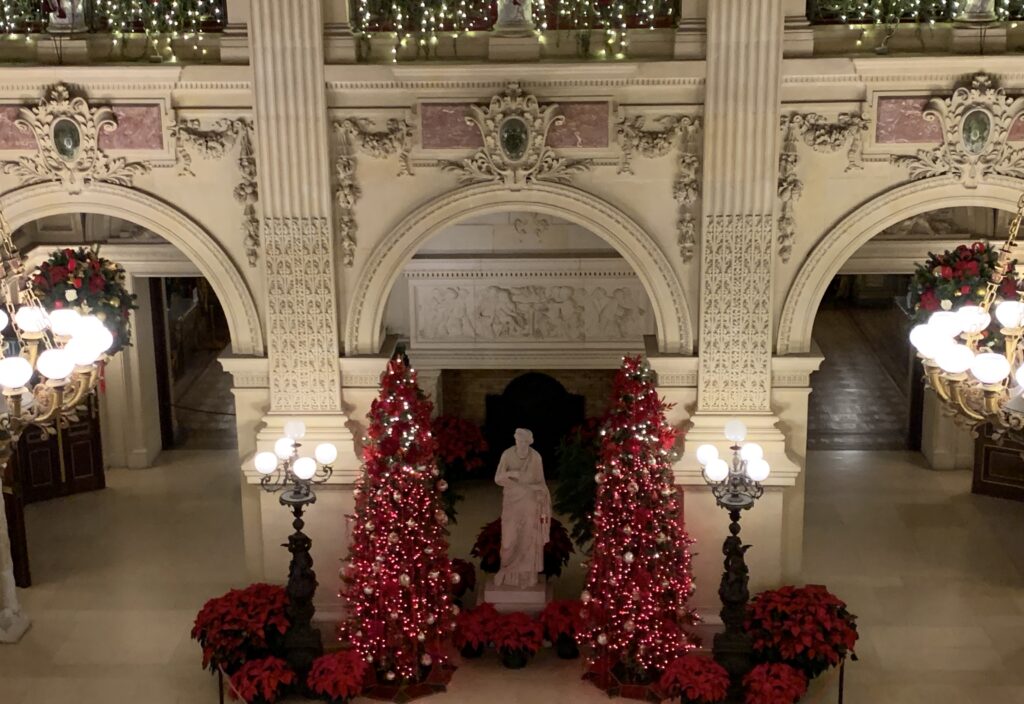 The first floor of the Vanderbilt summer cottage: The Breakers Newport Rhode Island.

At times American pop-culture craves details of Vanderbilt family legacy like mind-candy.  One of Corneliius Vanderbilt ll’s 7 children was Reginald. At 45 his alcohol induced death left his toddler Gloria Vanderbilt with a valuable estate.  Gloria was sent to the Breakers to be out-of-sight during her father’s funeral.  With a need for greed, Gloria’s fête focused mother litigated the child into loneliness.

Raised by her Nanny Dodo and her aunt Gertrude Vanderbilt Whitney, the life story of Gloria Vanderbilt represents the redemptive turning point in this book that tracks American history. Her career as a designer and artist echo the steely determination of Cornelius Vanderbilt’s industrious character. Gloria Vanderbilt’s ambition and hustle converted unremarkable jeans into a dominant force in the fashion industry.

Vanderbilt: The Rise and Fall of an American Dynasty landmarks many of the Gilded Age manors of mannerless family members whose lives were consumed by conspicuous consumption. This compelling book offers readers a voyeur’s look at the wanton ways of a family who wanted for nothing but a moral compass.  It’s filled with the stuff of social-register swans and the mean-girl tricks of debutants who never age.

Much like the allegorical tapestry in the Vanderbilt Summer Cottage, this book is a reminder of by-gone times. 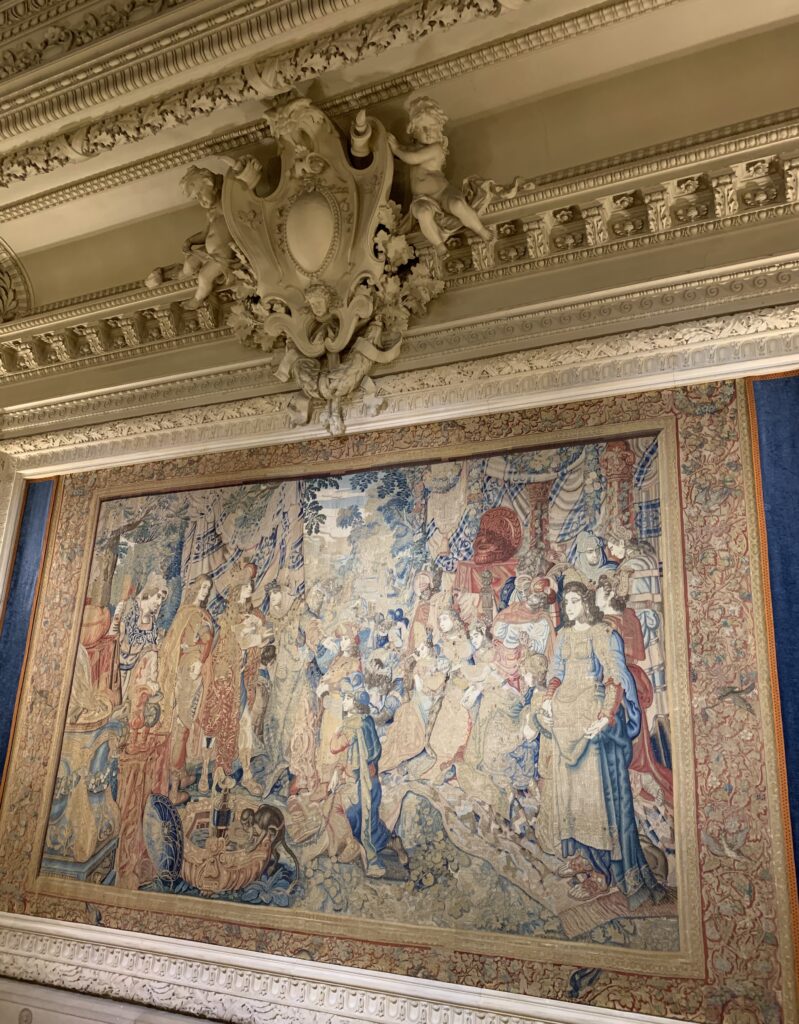 Purchased in Florence by CV ll in 1880 this silk and wool allegorical tapestry was made in 1619. Recently restored it’s been reinstalled inside the Breakers.

Vanderbilt: The Rise and Fall of an American Dynasty honors the fruits of a relentless work ethic, it’s also a cautionary reminder not to confuse money with the North star. 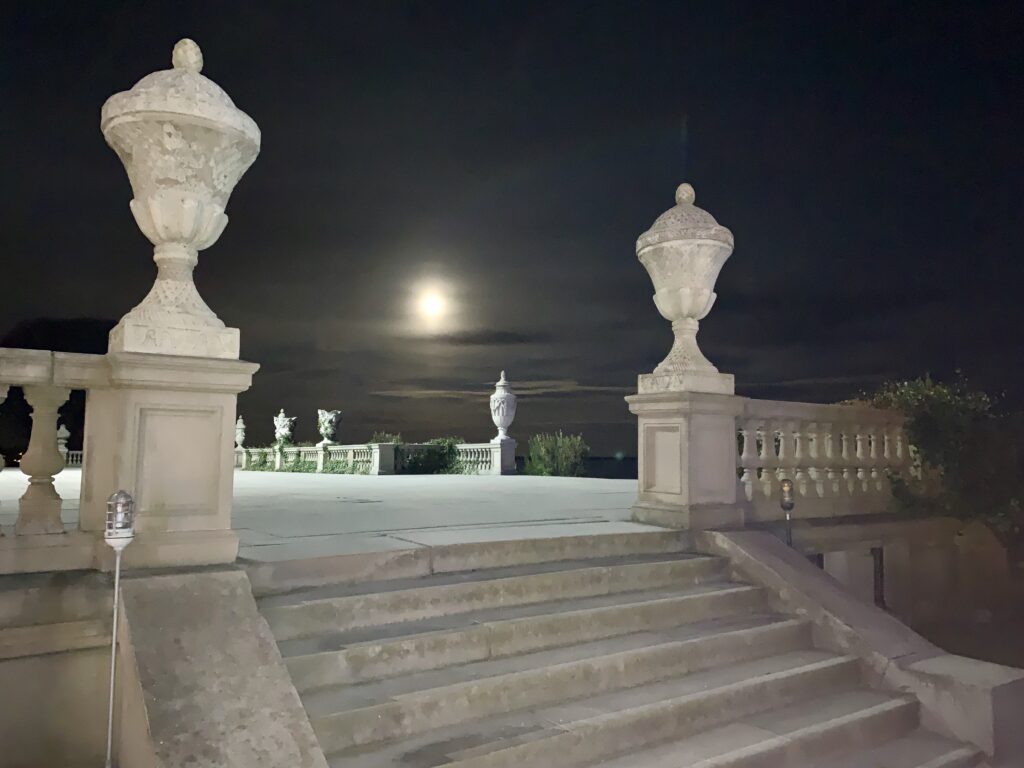 The summer playground of the Vanderbilts and their contemporaries is welcoming guests Now- January 9th to see three of the best examples of life in the Gilded Age dressed for Christmas.

Read The Vanderbilts The Rise and Fall of an American Dynasty and visit the Breakers, The Elms and The Marble House to see for yourself how hard work changed the direction of America and perhaps your family’s history.