Before Amal Clooney Addresses the United Nations General Assembly, She Visited Salem State University, 330 Years Too Late for the Witches! 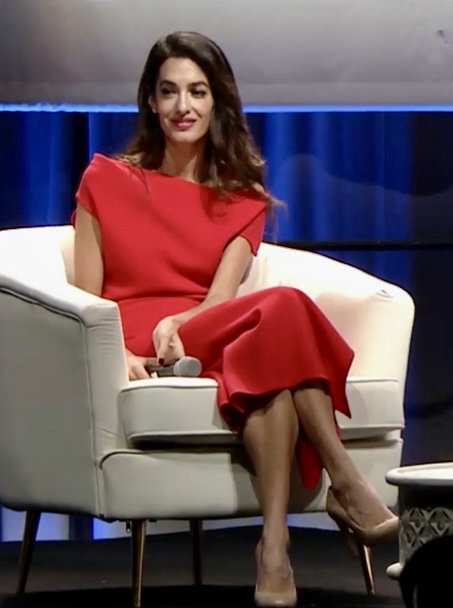 In advance of meeting in New York today with Nobel Prize Laureate, Maria Ressa, a Filipino-American journalist and CNN contributor convicted of cybercrime, then addressing the United Nations General Assembly Thursday, Amal Clooney spoke to more than 900 people gathered at Salem State University Tuesday night (9/20/22).  Amal is a visiting professor at Columbia Law School who specializes in international law and human rights issues. Typically, she seeks to litigate cases that speak to an injustice imposed on an individual, whose legal perils and consequences are applicable to an entire group or class of oppressed peoples. 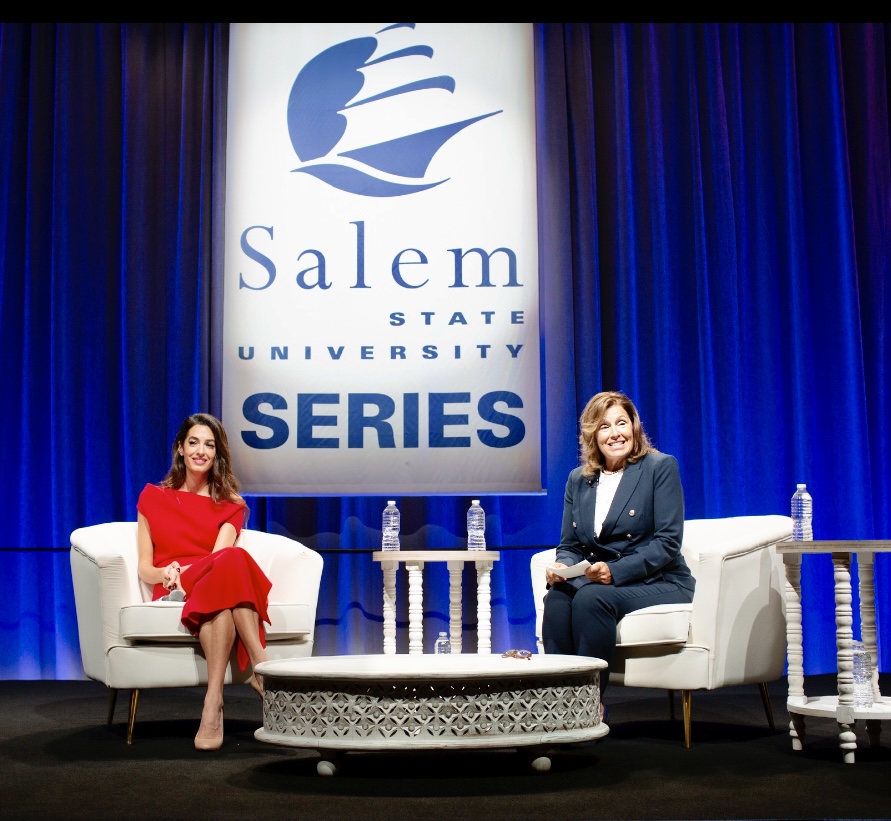 Salem State has hosted a variety of notable speakers over their 40 years of presenting this eclectic series. Past guests have included Red Sox slugger Big Papi, Comedian Jay Leno, and board-certified holistic OB/GYN physician Dr. Christiane Northrup. Unpredictable, is the profile of guest speakers on the Salem State University campus.

When someone is introduced as an Oxford graduate whose experience has taken her from courtroom dramas involving, Enron, ISIS, and The Hague it’s difficult to anticipate what kind of person will be appearing on stage. It turns out veteran broadcaster Barbara Walters was on to something when she named newlywed, Amal Clooney the “Most Fascinating Person of 2014.” Since then, Amal’s life has become even more fascinating!

Walking onto the Salem State University stage it was immediately clear 44 year old Amal is a beautiful woman of poise and confidence. Surprisingly, her scarlet dress matched the warmth of her personality. The statuesque draping of red wasn’t necessarily an homage to Nathanial Hawthorne’s beleaguered heroine, Hester Prynne of the ‘Scarlet Letter’  but sartorially apt in the City famous for unjustly branding women figuratively and literally for crimes against society. 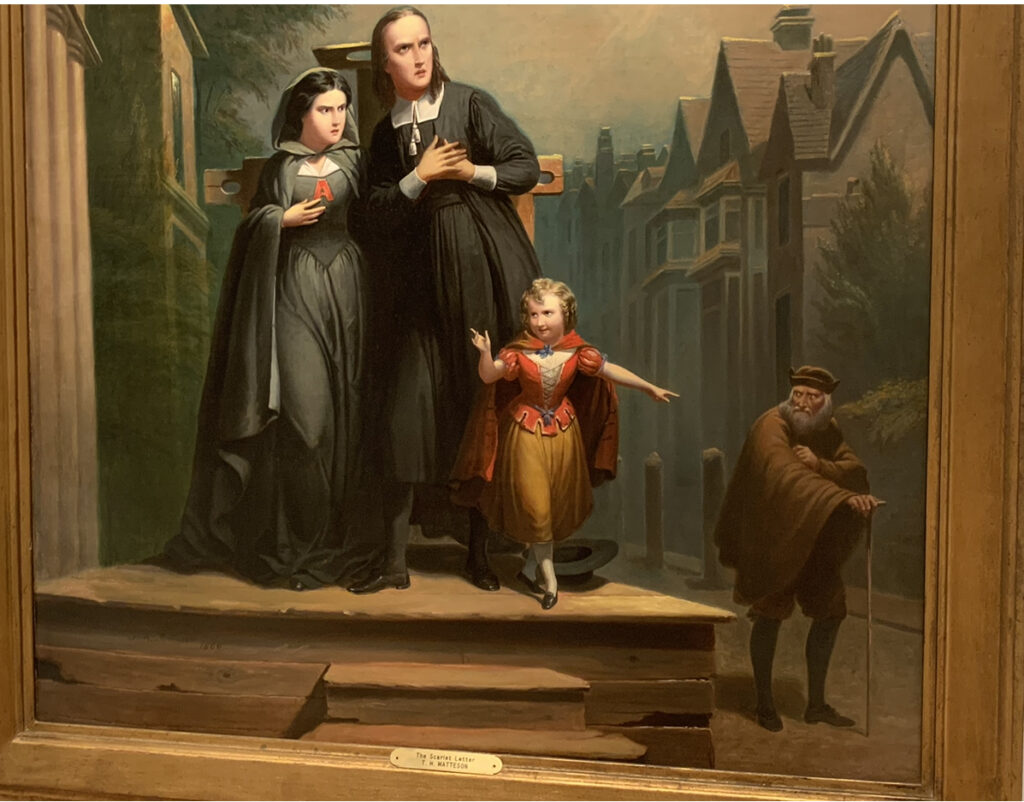 Hester Prynne’s Scarlet Letter, Rev. Dimmesdale and daughter Pearl (this parable painting is a must see at the historic Peabody Essex Museum in Salem, Ma) 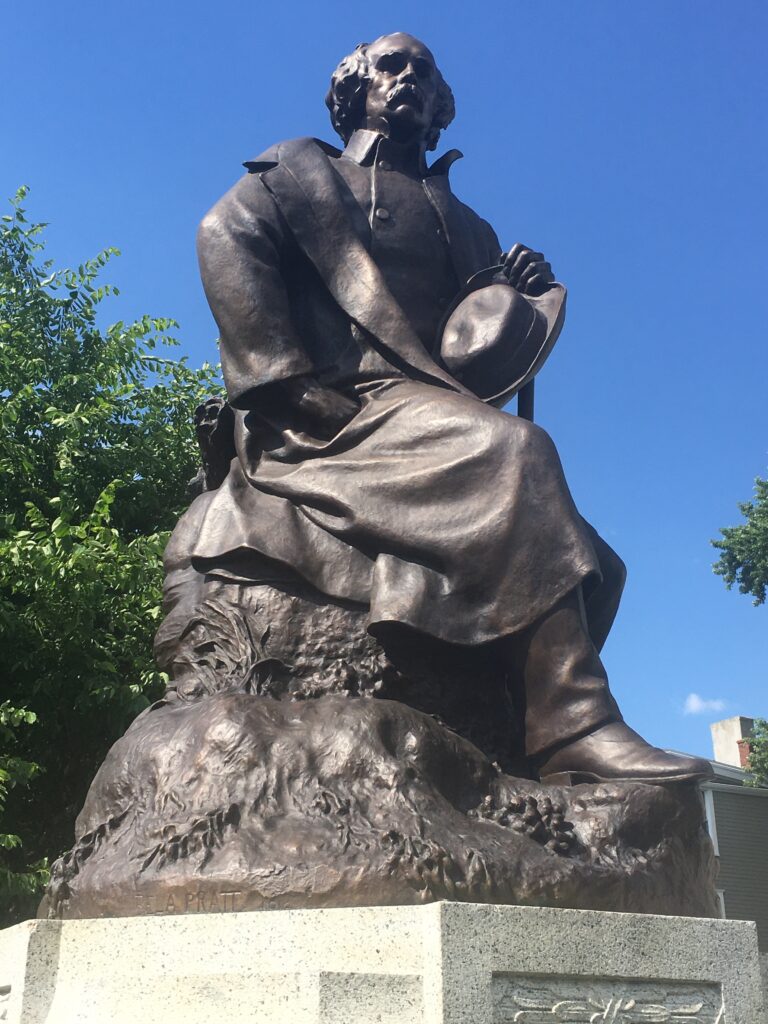 Nathaniel Hawthorne Monument , 20 Hawthorne Blvd, Salem, Ma. The neighborhood in which the author was born and raised.

Amal Clooney spoke to the audience with the clear eloquence of a barrister. Her British accent added to her charm but there was no mistaking her command of international law. Dedicated to fighting injustice everywhere, Ms. Clooney has written books on the dangers of autocracy, separation of law and politics, as well as the problems of principles-and-practices in criminal courts.  The cases she takes have international relevance and often are used as vehicles to drive legal initiatives globally.

Clooney’s experiences in geo-political litigation are adjuncts to her compassionate advocacy for women who have been silenced systemically by cultural mandates. Often, victims of sexual abuse feel unable to speak of their trauma for decades. Much like the moral of the Scarlett Letter, Clooney told the audience “Reliving the abuse in legal proceedings is an added impediment to seeking justice. Repeating the story to a legal team, then again in court adds a dimension to trauma likely to increase psychological pain, disrupt marriages, families, business opportunities and opens the door to public ridicule.” “Sometimes the path to justice is as traumatizing as the assault.”

As the hour wound-down, the moderator, Anne Driscoll, asked how Amal stayed strong, personally. The Barrister smirked and said ” Tequila, Casamigos Tequila! ( husband George Clooney’s distilled spirit)  Amal claims she has no secret yoga practice or diet program to find balance in life. She simply loves being a wife and mom and her career that tries to bring justice to unjust situations on the world stage. 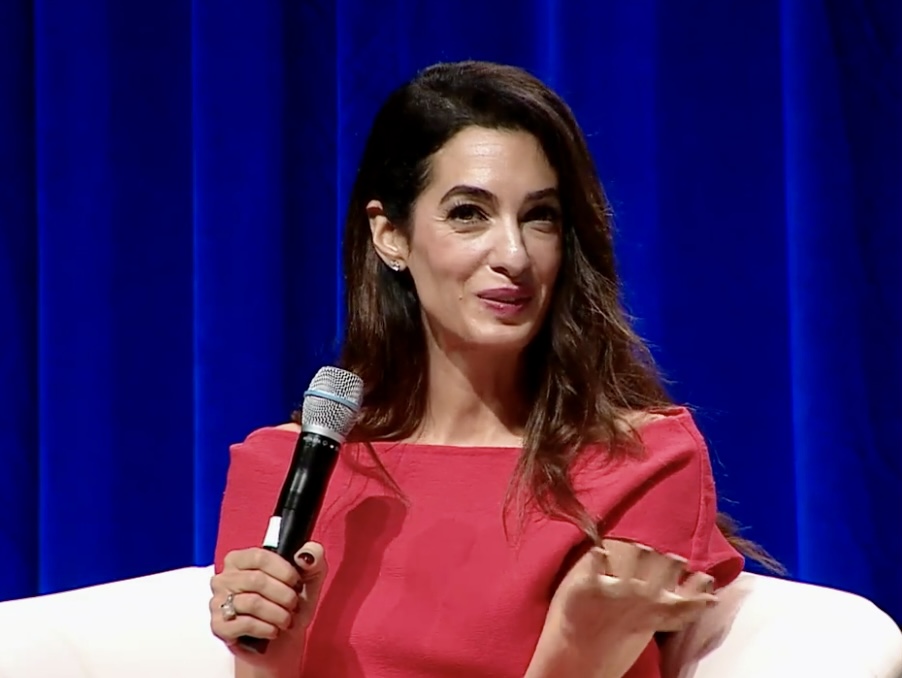 She credits her husband for being a supportive partner in the Clooney Foundation for Justice. CFJ was founded 2016 to ” ‘Wage justice’ like war, because it doesn’t happen on it’s own. People need to fight for human rights” 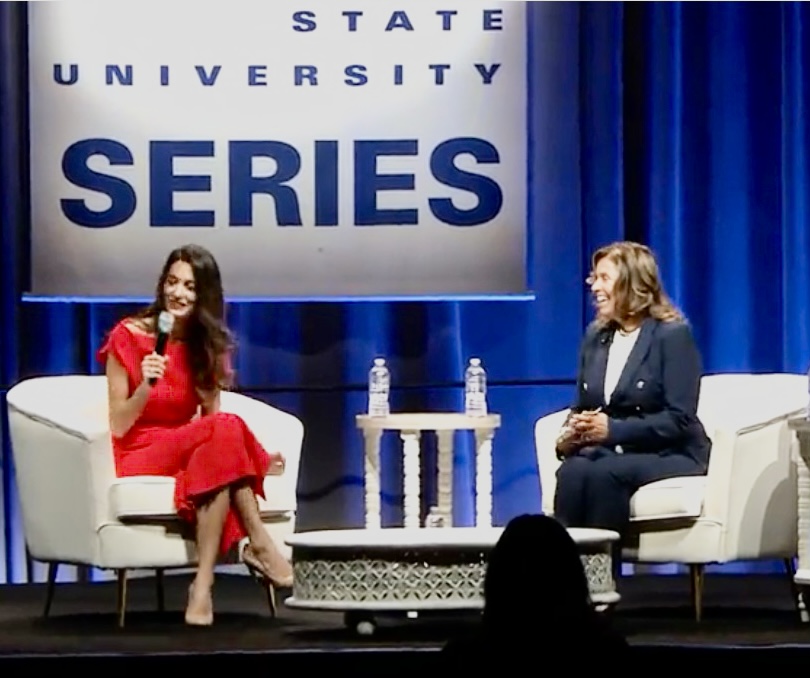 Amal also said that she and George are mutually committed to trying to live each day with the intention of making “these halcyon days” memorable,

As is the 40 year tradition at Salem State University, the program concluded by asking the guest to suggest the next invitee. Without hesitation Amal said she recommends ” a man from Kentucky who would make you laugh and cry and inspire you” , so she could have more time to explore Salem.

We can only imagine the influence Barrister Clooney would have had on the world had her spirit visited Salem in 1692.  Hope is the English translation of Amal’s Arabic name. Had she been in  Salem when more than 200 people were accused of practicing witchcraft, we wonder if her commitment to ‘wage justice’ would have inspired colonial legal proceedings to set the precedent for establishing human rights for all. 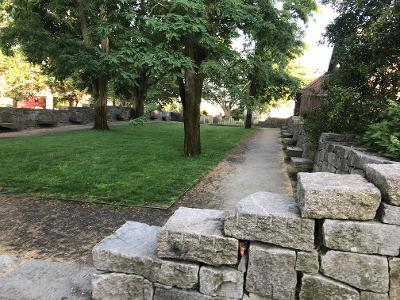 Dear Amal, your visit to Salem was long over-due!