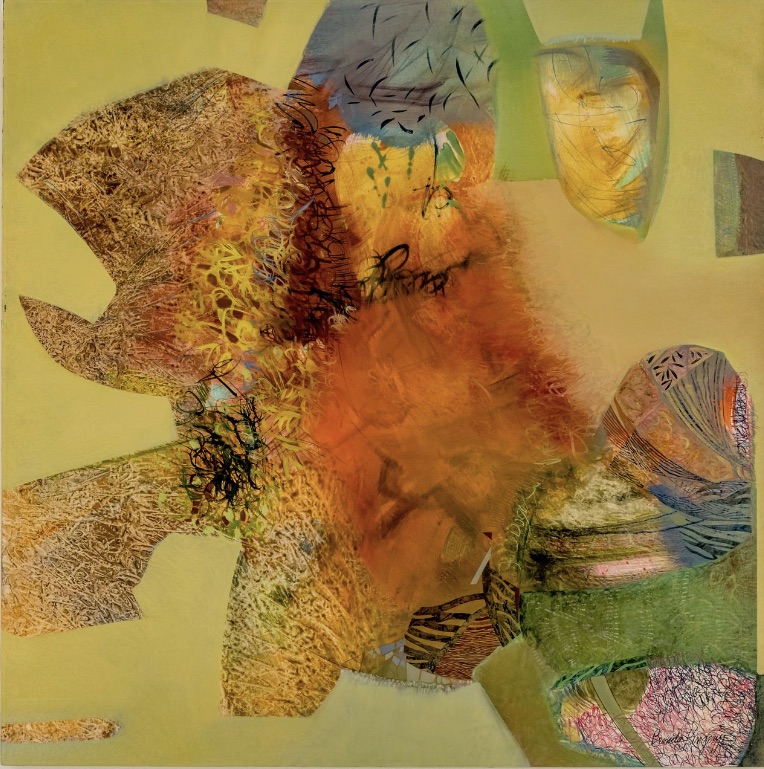 On the first of November, the White House declared this month to be National Native American Heritage Month. The President said “It’s a time to celebrate the countless contributions of Native Peoples past and present and honor the influences they have had on the advancement of our Nation…”

The Cahoon Museum American Art, in Cotuit, Massachusetts is featuring a timely exhibition of the works of Brenda Kingery, a soft-spoken member of the Chickasaw Tribe. She’s an international thought-influencer with a loud paintbrush.  Taken at face-value Kingery’s paintings are stylistically bold and engaging.  Saturated with color and intricate detail, the productions of this Indigenous woman have kinetic value. Those values are key to understanding the depth of her thesis. The canvases of this child of Oklahoma are contemporary riffs on the universality of the human spirit.

Kingery’s work is moving. It embraces an ideological spirit of culture that cohesively weaves tribal identities into the common bonds of all peoples. 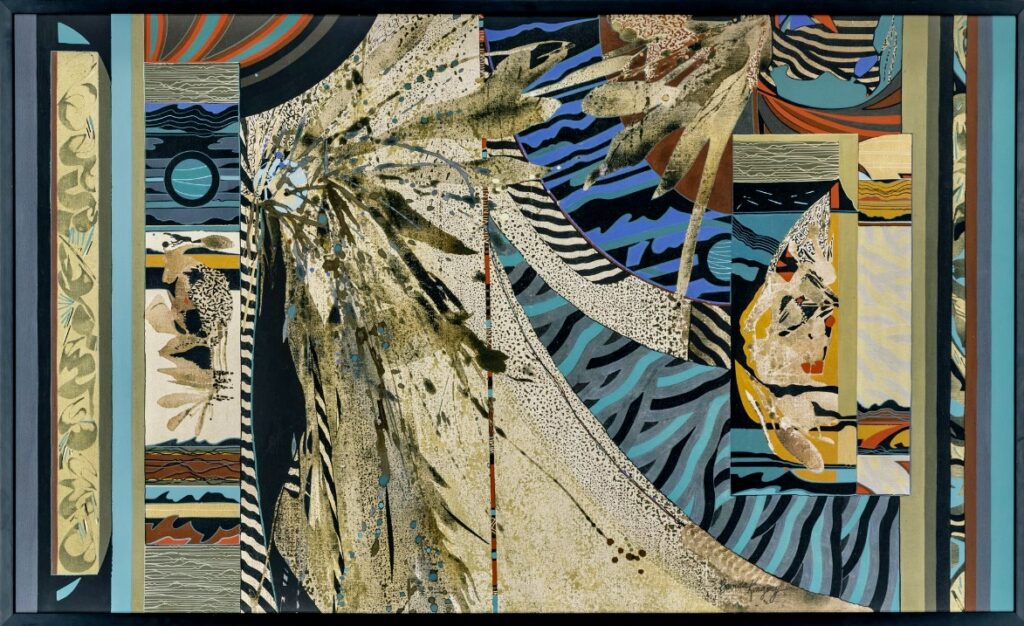 Educated at the University of Oklahoma, University of the Ryukuus in Okinawa and Texas Tech University in Lubbock, Brenda Kingery is a life-long student of humanity.  Her artistic contirbutions are invitations to imagine a transcendent space that moves beyond the boundaries of time, geography and language. Her brushes blend vibrant ancestral histories with multinational legacies. Intuitively she paints an awareness that all peoples share Mother Earth’s land, sea and sky.  As a modern-day archivist recording customs on canvas, Kingery frames a world in harmony.  Her acrylics are tapestries of idealized mutual cultural respect. 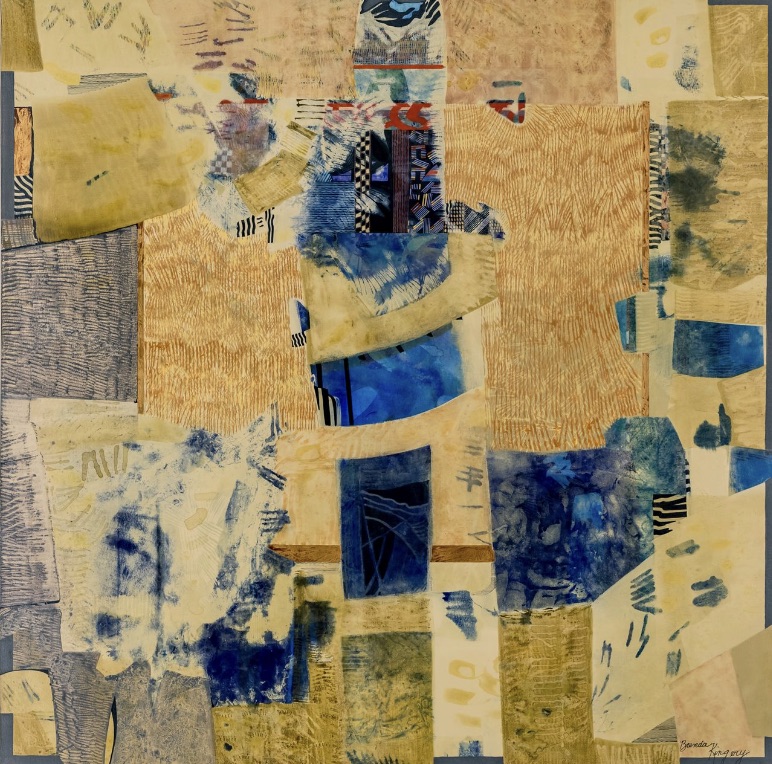 Having traveled the world, fusing her Chickasaw spirit with those she meets, Kingery connects with others through the universal language of art.

She’s a founding member of ‘Threads of Blessing International “, an organization that teaches textile crafting to women in developing countries. This initiative empowers Indigenous women to preserve their cultural narratives and support communal self-determination.

On Wednesday, November 17th,  the Cahoon Museum of American Art will offer a rare opportunity to appreciate the thought-influencing artistic contributions of Brenda Kingery.  At 7pm the artist will be in conversation with Heather K. Lunsford, Oklahoma City University’s Director of the School of Visual Art. The Cahoon’s virtual presentation of their dialogue is free, with a reservation, and available via ZOOM at info@cahoonmuseum.org.

In 2007 President George W Bush appointed Brenda Kingery to the Board of Trustees of the Institute of Indian Arts and Alaska Native Culture and Arts Development of Santa Fe.  In 2017, Chickasaw Nation governor Bill Anoatubby named her “Dynamic Woman of the Year”. For her commitment to advancing Native American culture, Brenda Kingery is worthy of those recognitions. However her greatest influence on American culture may be her ability to portray Indigenous traditions as more than a monolith of Tribal life. Her works move humanity towards acknowledging ancestral spirits transcend time, geography and language. Her brushwork says it all, We are one Peoples.
That’s Indigenous thought is worthy of a National celebration!

Don’t forget to make a reservation for the free virtual visit with Brenda Kingerly on November 17th!

The Cahoon Musem of American Art is located at 4676 Falmouth Road in Cotuit, Ma. For info call 508 428 7581 or check them out on line Cahoonmuseum.org

Psalm 133 “How good and pleasant it is when God’s people live together.

Happy Thanks giving to all Spirits ! 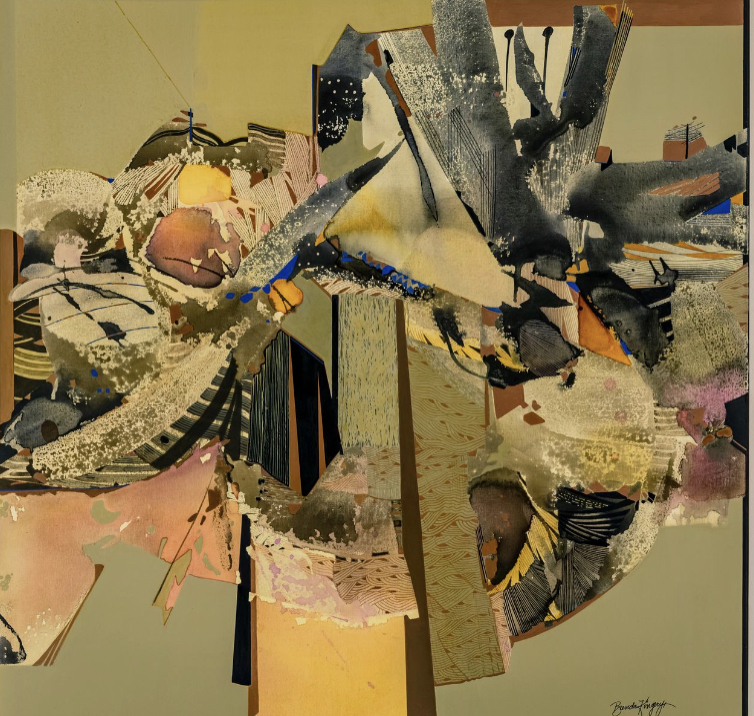