“On This Ground : Being and Belonging in America ” Adds Context to Indigenous American and American History 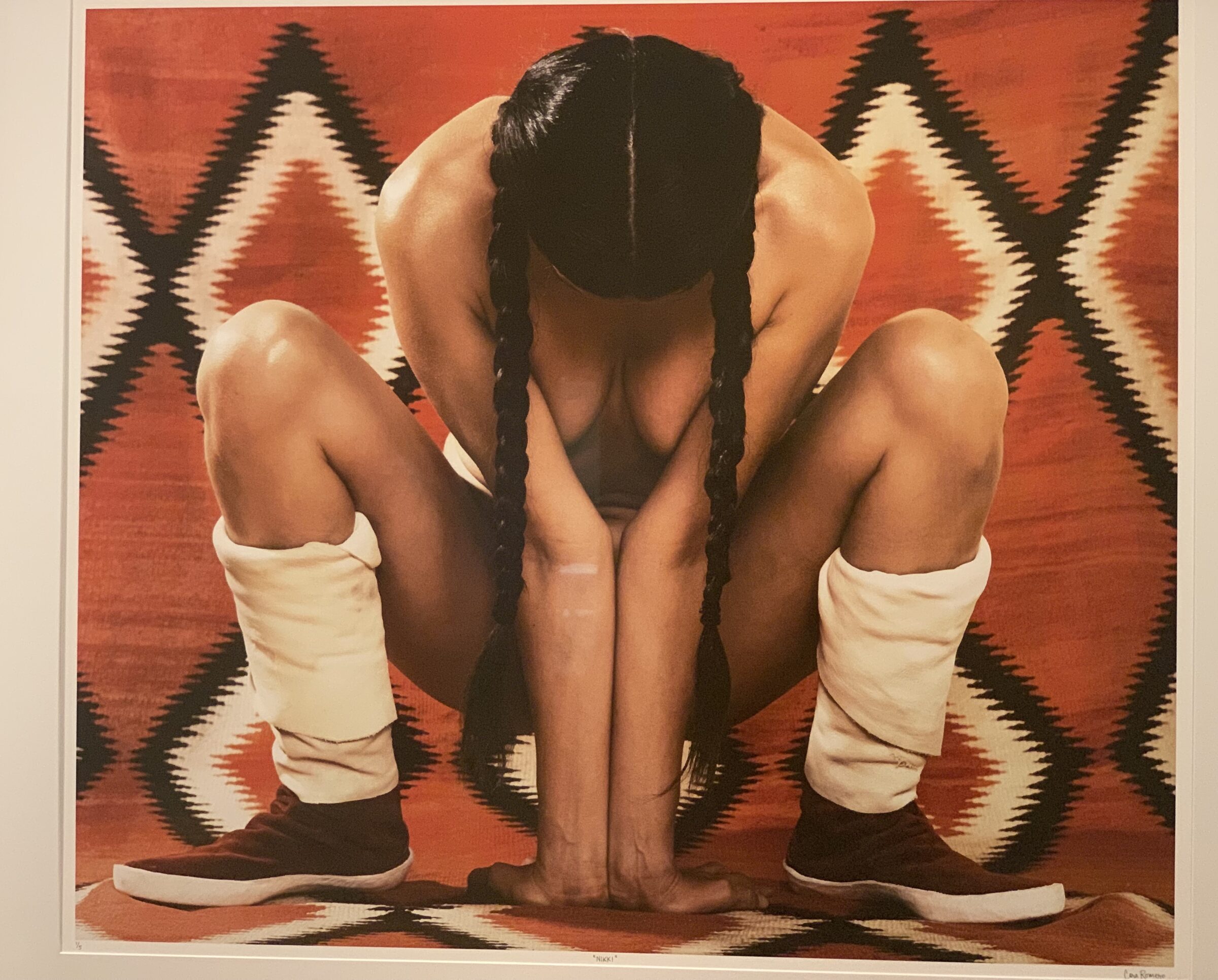 Forrest Gump, said, “ Life is like a box of chocolates, you never know what you’re going to get”. Adopting his philosophy will prepare guests of the Peabody Essex Museum to experience “On This Ground: Being and Belonging in America”.  Like Gump’s chocolates, this exhibit of 250 multi-media masterworks is a fusion of visual temptations. Each piece is a complete expression of thought, representational of a distinct cultural orientation. Some pieces will delight you, others may be tough to swallow. 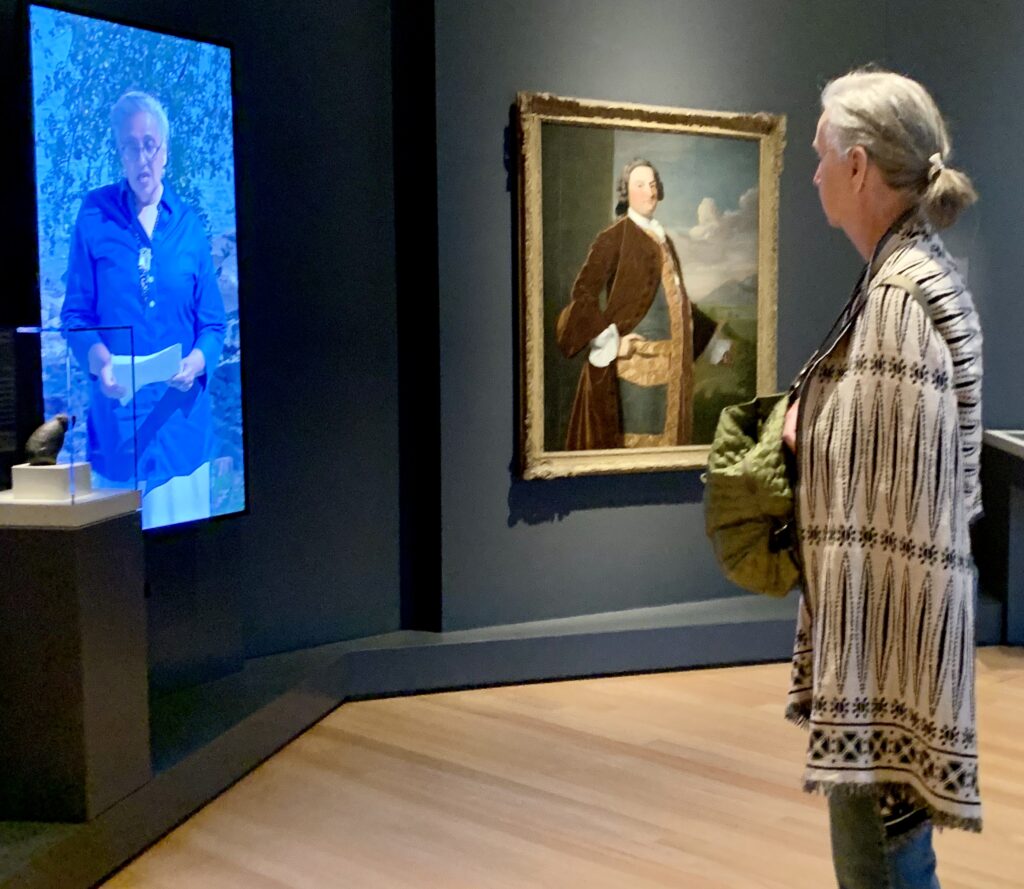 The genius of this exhibit is the juxtaposition of ancient and modern-day examples of Indigenous American and American artistic excellence. On This Ground  is a sampler of beautiful things. The composite fits neatly together as American history, but an unabridged version.  It’s legends are organic manifestations of a story told in artistic-dialects inclusive rather than exclusive of vastly different perspectives. One of the challenges of this long-term exhibit is to examine the nuances of  ‘community’ and observe it’s definition as a process of social-emotional evolution. 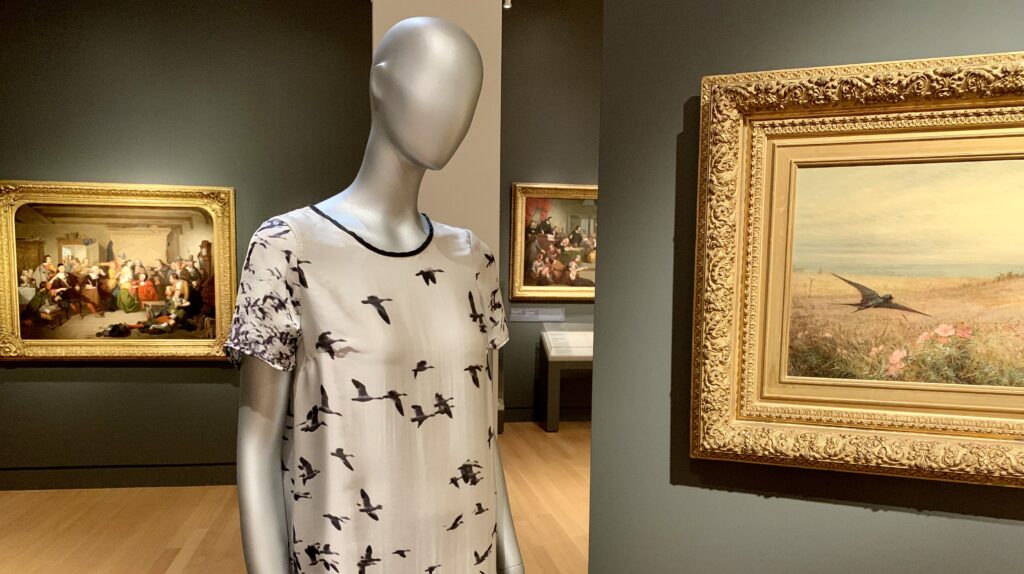 In a gallery cross-way, paintings of the Salem Witches trials in Colonial America contrast with Indigenous American’s ideations of female energy. The duality is a harsh reality on the landscape of Being and Belonging in American-lore.

On This Ground flows with human experiences. Some are purpose-driven, designed to polish an individual’s sense of power, while others express communal engagement and celebration. 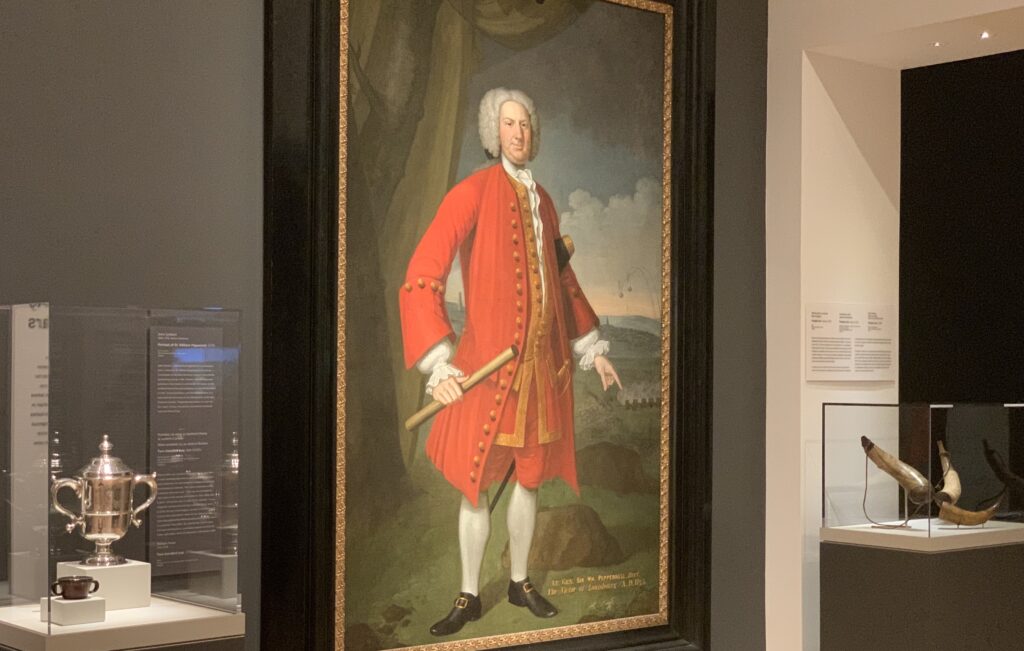 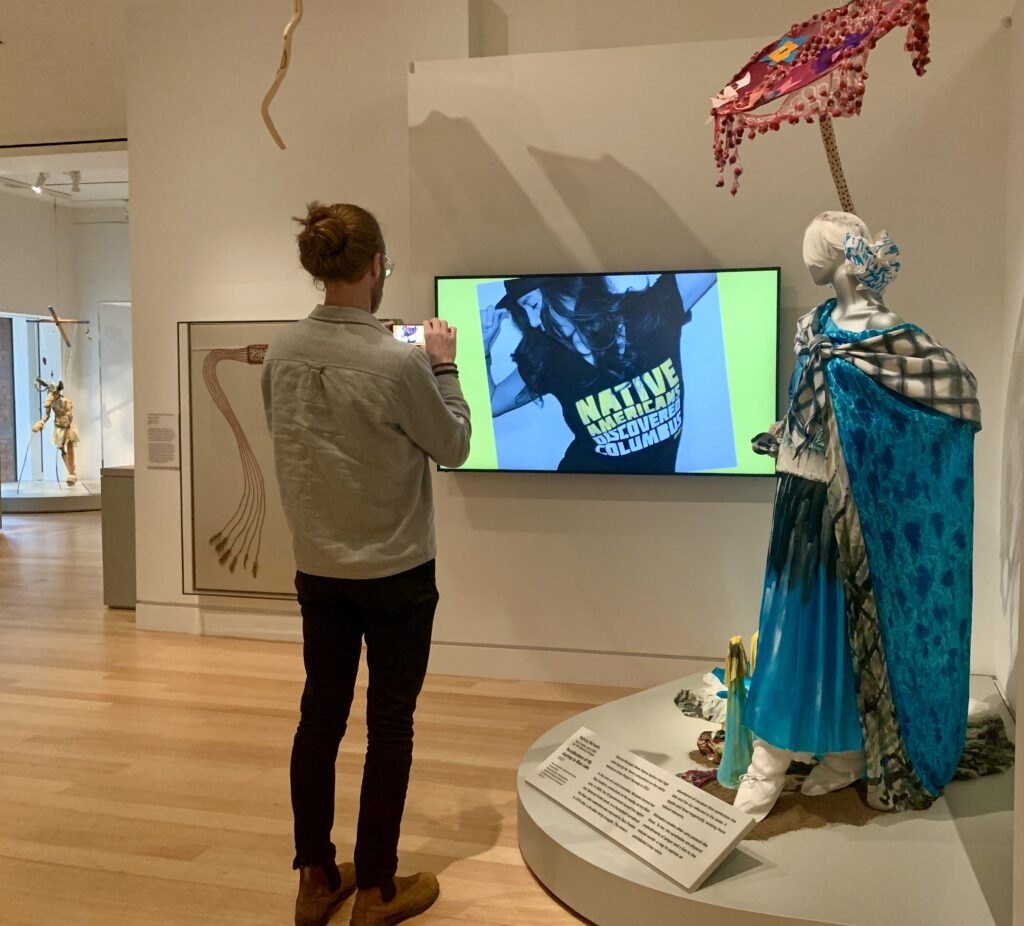 At times, the flavor of On This Ground:  is as bittersweet as innocence lost.  Multiple studies in contrast feature a progression of the cultural role of women.  Many Colonial works perpetuate notions of women denied the right of self-determination while Indigenous ideologies embrace a sense of connectivity and celebrate female empowerment. 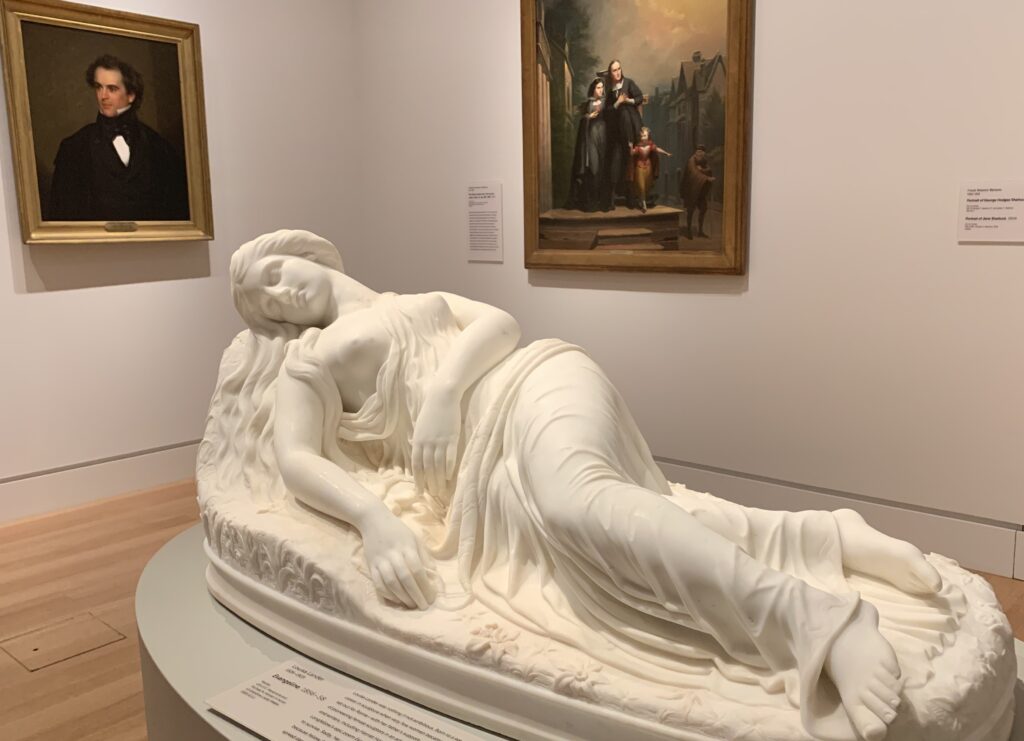 Framed by the image of Nathaniel Hawthorne and imagery of his morality-tale “The Scarlet Letter ” rests Evangeline, a marble sculpture of a passive woman based on Henry Wadsworth Longfellow’s epic poem of the same name. Created in the mid-1800’s by Louisa Lander, Evangeline is one of two sculptures by the artist who was deprived of pursuing her career.  The victim of jealousy, and the judgement of a patriarchal society, Louisa Lander’s creativity was silenced by men.

“Fringe’ created in 2008 by Rebecca Belmore, is an arresting photograph. It’s also a modern-day affirmation of crimes perpetrated against women. The ‘wound’ on the model’s back defies romanticized nudes of 19th century Euro-idyls. Deerskin string and red bead-work metaphorically trace a pattern of violence perpetuated against Native women, girls, transgender, and two-spirited peoples.  Belmore’s image records trauma and drips with hope of future healing by bearing witness to America’s long history of gender-based crimes.

On This Ground is a thought provoking collection of eclectic Native American and American Art intended to spark conversations about our shared heritage.

Saturday July, 23, 2022 from 10am-5pm On This Ground : Being and Belonging in America will celebrate the spirit of this exhibit with music, poetry and interactive clay-play.

When the galleries of the Peabody Essex Museum are open ~ “You never know what you’re going to get”.