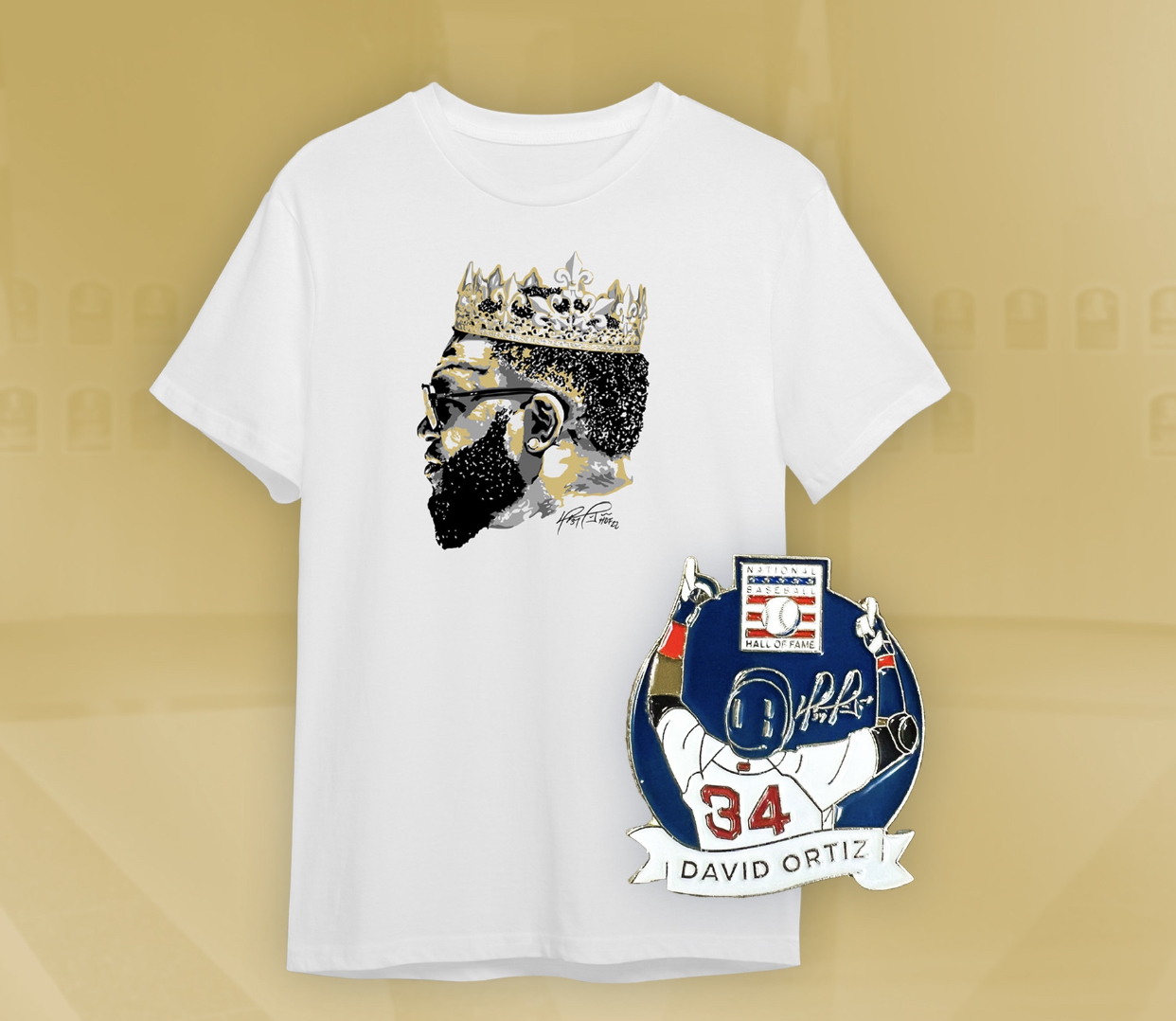 David Ortiz was inducted into the National Baseball Hall of Fame in Cooperstown on July 23rd, 2022.

Tomorrow night. July 26th, the Boston Red Sox will honor the Hall of Famer in pre-game ceremonies at Fenway Park. Fans attending the match-up against the Cleveland Guardians are asked to be in their seats no later than 6:30 PM. 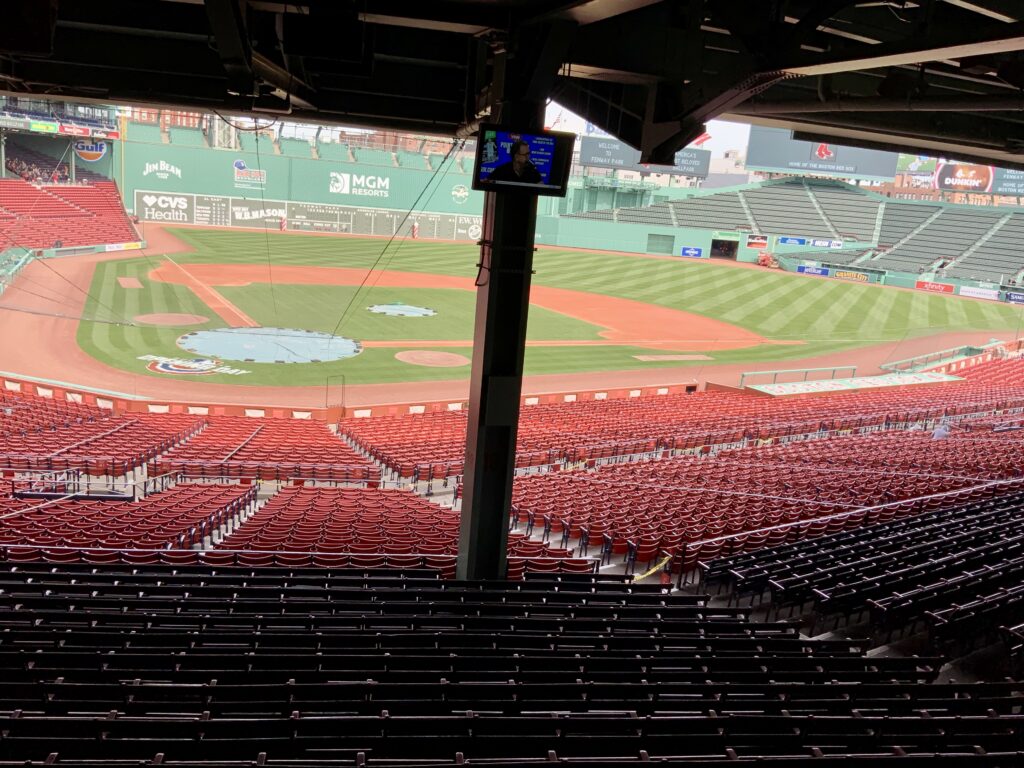 Red Sox Fans are asked to be in their seats no later than 6:30 to catch the ceremony for Big Papi

Commemorative David Ortiz pins will be presented to all fans at the gates. Special Hall of Fame t-shirts featuring Big Papi wearing a gold crown will be mailed to fans as part of a special ticket package available on : redsox.com/ortiznight.

The t-shirt will also be available for purchase at the Red Sox Team Store.

Additional Hall of Fame swag will be available for purchase near Gate A . Those sales will raise funds for the David Ortiz Children’s Fund via eternalHealth, a Massachusetts based Medicare Advantage Plan Health Insurance Company. 100% of the net proceeds will help children in New England and the Dominican Republic who can’t afford the critical cardiac services they needs.

When Boston marathoners and fans were attacked on April 20th, 2013 by the terrorist Tsarnaev brothers, it was Big Papi’s attitude that helped bridge our fears and reunite the City by saying  ” It’s Our F*n City… ” Tomorrow night  Red Sox Nation will thank David Ortiz for all the magical 9th inning memories he gave us and let Big Papi know, this will also always be  “His F’n City” 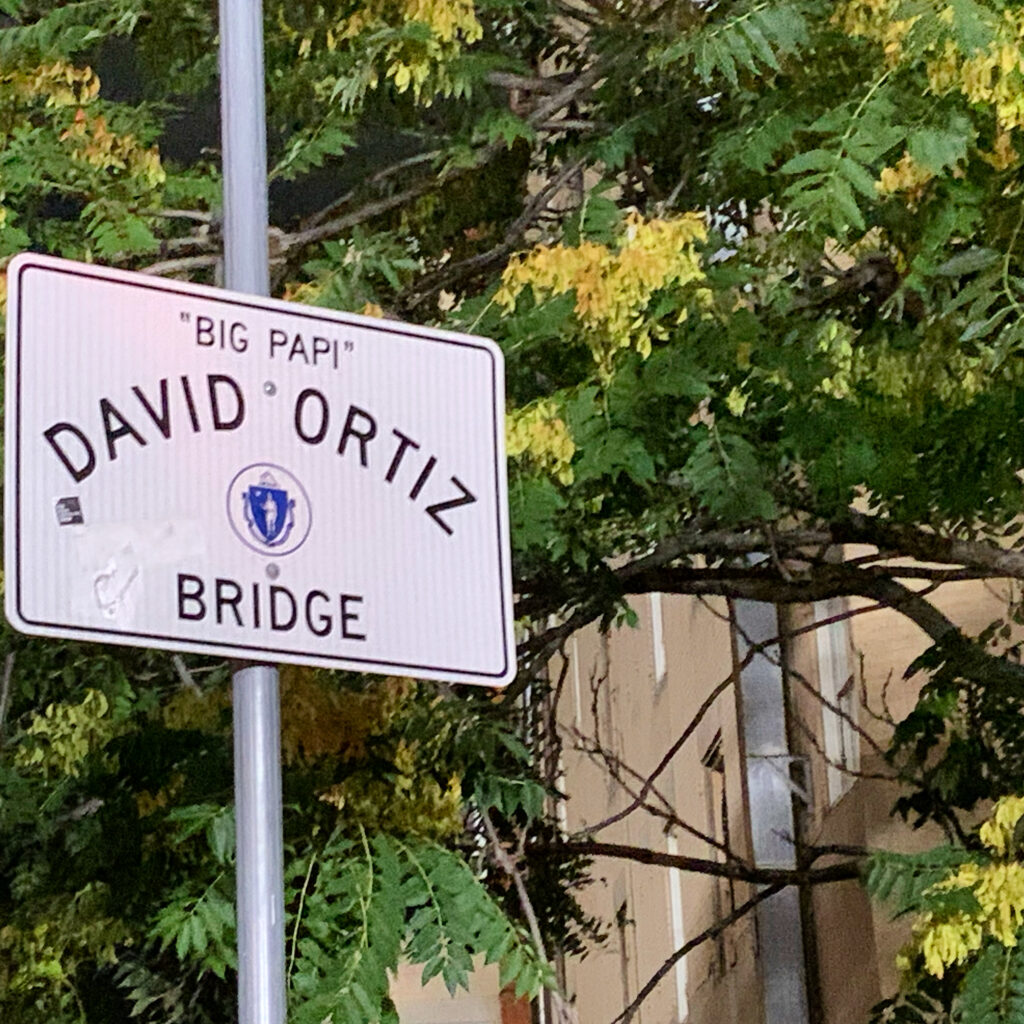