Suzanne Koven, M.D. doesn’t practice surgery, although the way she dissects the body of her medical career and sutures it back together in prose indicates this chick has mad-skills. Dr. Koven is a primary care physician, a member of the faculty at Harvard Medical School and the inaugural writer-in-residence at Massachusetts General Hospital.  Her book, “Letter to a Young Female Physician~Notes From a Medical Life” is an amusing, often poignant chronicle of her life and career.

Koven credits her self-deprecating sense of humor to her mother’s post-war style deference to the man of the house, Dr. Leo Koven, a 1950’s style orthopedic surgeon. In this book observational humor is as often Koven’s medicine as it is her mask. What makes “Letter”  time-worthy is that Koven’s interpretations of life can also been seen as a litmus test of our culture.

Stylistically,“Letter” is an easy read. The cumulative effect of the 24 chapters become complex however, as the helix of Dr.Koven’s practice unravels the practice of misogyny in medicine. The insights of this Mass.General primary care physician should be of primary concern to our society because the hegemonic environment of MGH and Harvard University act as virtual petrie dishes colonizing beyond their campuses to influence the big businesses of government and public policy initiatives.

In context, Dr. Koven’s stories are relatable yet, out-of synch with our sanitized impression of medicine’s noble heirs. She wrote, “I was oblivious to the sexism that existed during my residency in the 1980’s and persists in medicine today, because it was as ubiquitous as air.”  (pg76)  Earning the position of chief resident at Johns Hopkins, Koven was told by one of the boys in the frat-house atmosphere of medical matriculation that everyone knew her appointment was ‘tokenism’ and she was considered a suck-up for climbing the ladder with her nose up someone’s ass.

Working late and gaining weight incubated germs of Koven’s self-doubt. Infiltrated by the toxicity of gender bias, Dr. Koven’s career has been a ubiquitous vector of ‘Imposter Syndrome‘  but ‘Letter” does more than trace her over-achieving insecurities; it takes the temperature of our cultural tolerance of and reliance on sexist behaviors.

On May 11th, 2021 Mass General’s Russell Museum sponsored a Zoom conversation entitled ‘200 Years of Women in Medicine”. Lead by Sarah Alger, of MGH’s News and Public Affairs Office the conversation featured Dr. Koven and Janice Nimura author of “The Doctor’s Blackwell” . Unlike Koven’s personalized ‘Letter” Nimura’s book, is an archeological dig into how Elizabeth Blackwell became the first woman in America to earn a medical degree.

” Blackwell”  is a chronological review of the pioneering efforts of the Blackwell sisters who as the cover of Nimura’s book states, ‘brought medicine to women and women to medicine’.  It serves as un-emotional baseline-reading to understanding the industrial revolution required to add estrogen to advanced education. For the Blackwell sisters the course correction was not an adjunct of the suffrage movement but an unrelated confluence of opportunities that helped to redefine the rights of women. 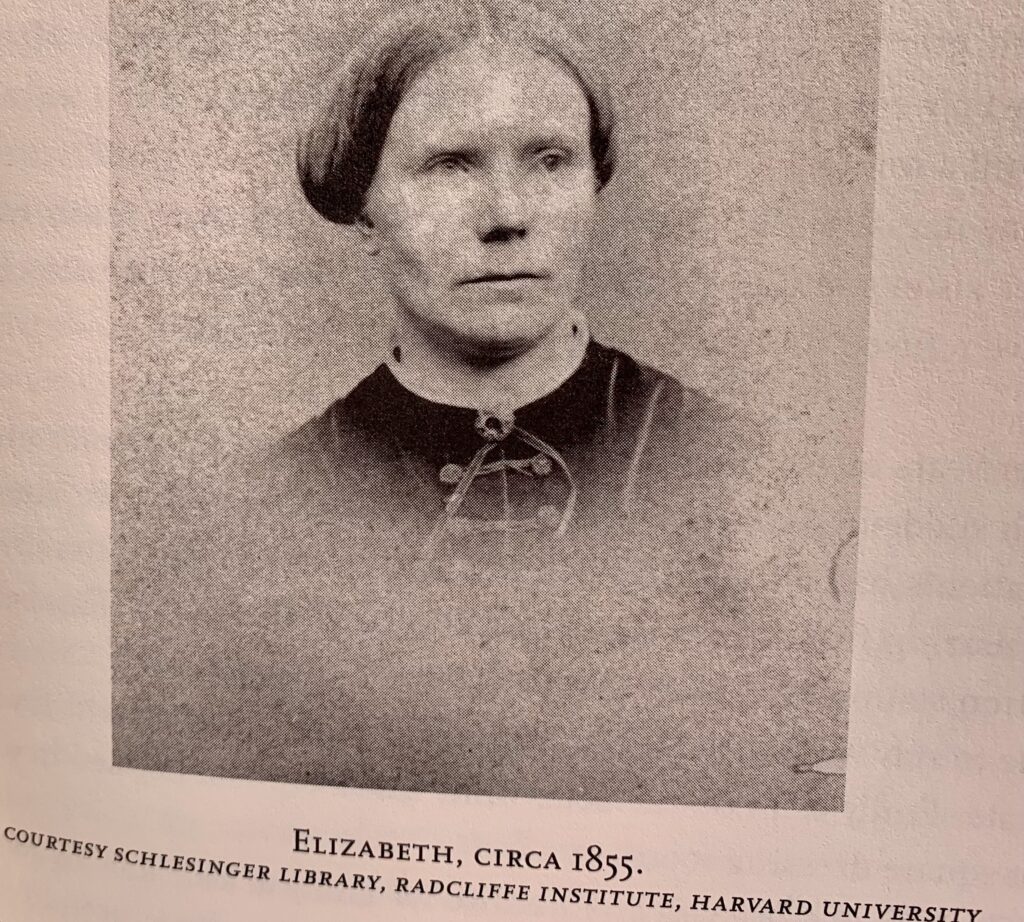 While the Russell Museum Zoom conversation had the feel of a book-club meeting it was also a cell of critical thinking about those who’s sterling reputations have become tarnished in historical context.  The noble men with the best of intentions who have advanced the science of medicine and enlightened the world, have also relied on monogrammed lab coats and officious gate keepers to cloak any evidence of systemic misogyny.

The legacy of frat-house cachè is part of medicine’s DNA. The work of Suzanne Koven and Janice Nimura challenge medical establishments to move forward by examining their past collusion with gender-inequities ~and more broadly the evolution of our culture.