“The Barbizon” by Paulina Bren, Reflects on Female Sequestration. 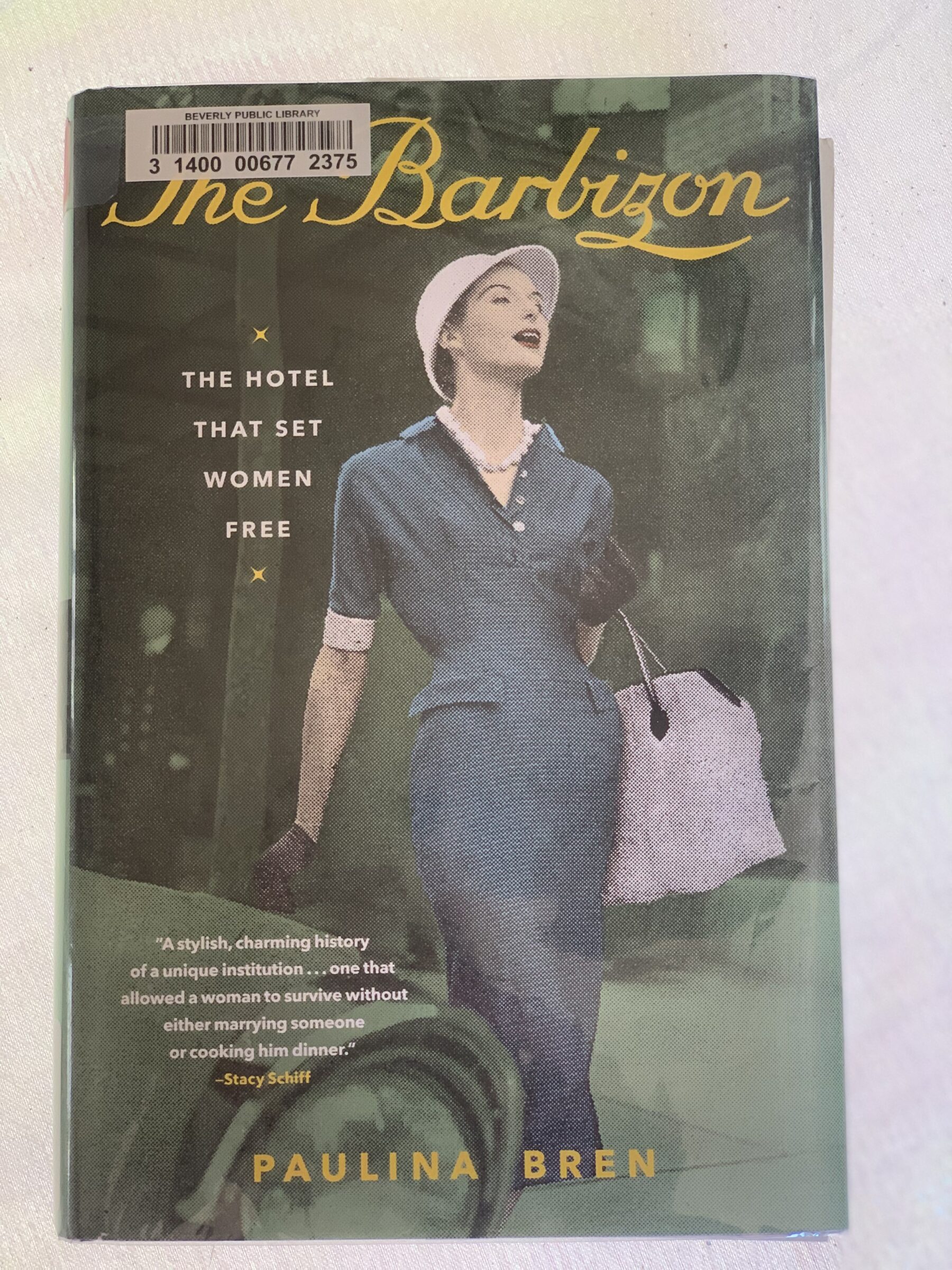 The Barbizon was a residential hotel for women.   Built in 1927 of rose-colored brick with Islamic embellishments on New York’s Upper East Side, its 23 stories were an urban oasis for suburban young-ladies, eager to write their own life stories.

In it’s hey-day, residents of the structured-society included Ali McGraw, Cybill Shepard, and Jaclyn Smith. Nancy Reagan, Candice Bergen, and Edith Bouvier Beale, were also among the women who, before fame, called a floral covered, cot-sized bedroom their home on 140E, 63rd Street.

The interests of the woman who lived at the Barbizon Hotel were eclectic. Some aspired to become actresses, models, or writers, some had an interest in business. What they had in common was a visceral sense of ambition. Unlike the women they left behind, in the security of home-town familiarities, the women of the Barbizon were high-heeled, hat-topped, glove-wearing explorers. Dismissing the notion of being introduced to society through a debutante door, on the arms of ‘appropriate men’,  these women chose to leave home so they could dance to their own music.

At face value, The Barbizon Hotel was an incubator for fledglings.  The social structure of the feathered nest encouraged women to express, without inhibition, the intrinsic power of estrogen along the canyons of New York. It was expected the women of the Barbizon share fully in the hotel’s art studios, musical performances and en-residence tea service. However, residents, like Grace Kelly, who had a voracious appetite for swarthy-men, had to satisfy carnal cravings away from the hotel and with discretion. Perhaps the greatest of all the Barbizon’s sign-of the times perks was that men were banned from going beyond the hotel lobby. A ‘house-mother’ and doorman screened male visitors 24/7, freeing the women to decline on-premises sexual temptations or explore them gracefully away from other hotel guests. For Barbizonians ‘Sex in the City’ was not considered the only path to satisfaction, it’s time and place was their prerogative, not their partner-du-jour. The source of power was shifting on the Upper East Side.

Explored as history, Paulina Bren, a professor of international gender and media studies at Vassar College wrote ‘The Barbizon’  with a psychological bent, celebrating the autonomy of women who developed themselves free of male expectations. Away from home, in unfamiliar situations, the residents of the Barbizon Hotel were largely unencumbered by societal norms.

Read in-context with these days of gender-neutrality Professor Bren promotes the agency of women in  pursuit of self-actualization rather than framing the women at a disadvantage because of sexual-sequestration.  Although her research extends beyond the glittery rose-colors of old New York to include the self-doubts and dark shadows of hotel resident poet Sylva Plath, this research-novel is a positive thesis on promotion of female empowerment. In documentary-lite style The Barbizon landmarks many ‘firsts’ for women in publishing but goes beyond that industry to map a road filled with accomplishments of women brave enough to walk into challenge at anytime.

Praised by Pulitzer Prize winner Stacy Schiff as ” A stylish, charming history of a unique institution,,, one that allowed a women to survive without either marring someone or cooking him dinner” The Barbizon is also recommended by Nan Akeley Higgins. Her life time of experiences include, but are not limited to, a career at American Airlines, a happy marriage, kids and grandchildren. Nan, another woman comfortable dancing in high heels, hats and gloves, believes her collective of independent pursuits are structurally informative in personal development and are liife-long expressions of her genuine character.

The Barbizon is a timely read, It’s lessons are worthy of consideration as the wars for sexual neutrality begin to define our glittery cities and home-town familiarities. The Barbizon leaves room to question, “Are there times when sexual sequestration is an important option to maximize the success of intrinsically female development? ” 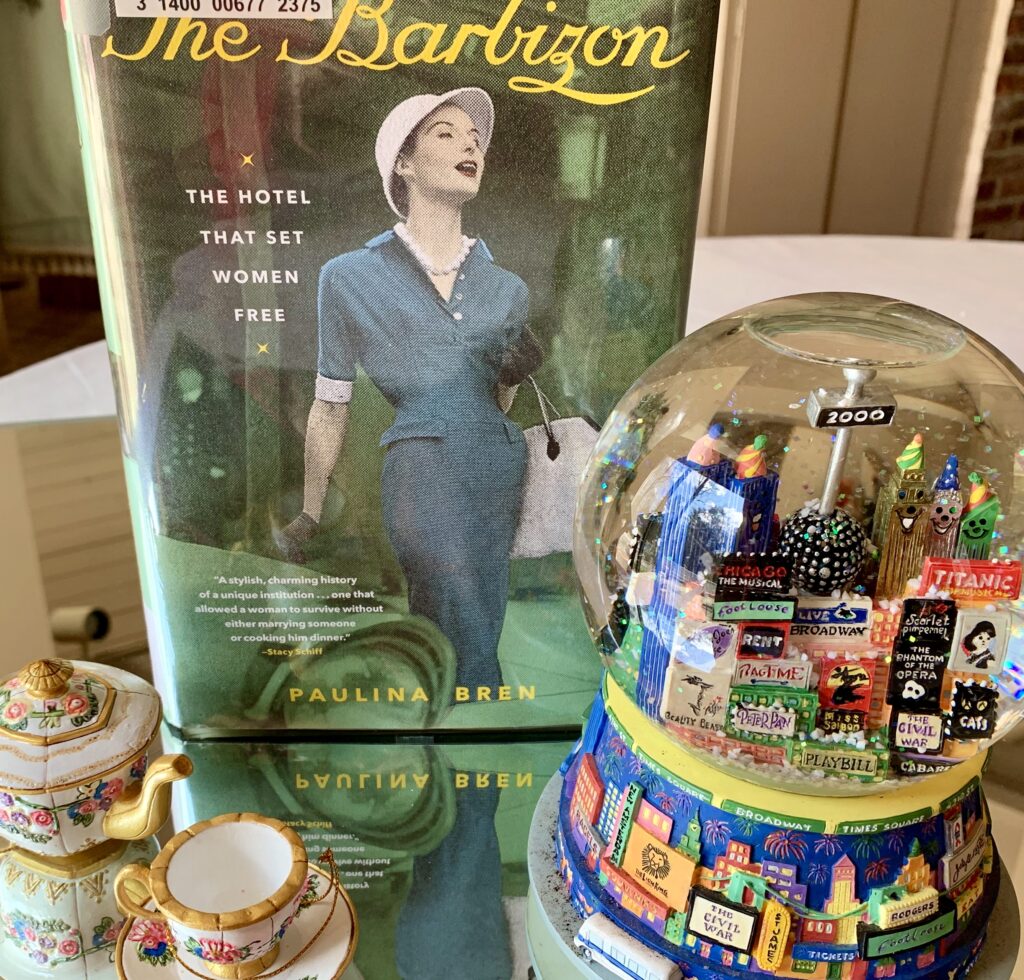