Words to Love By: Live Long and Prosper! 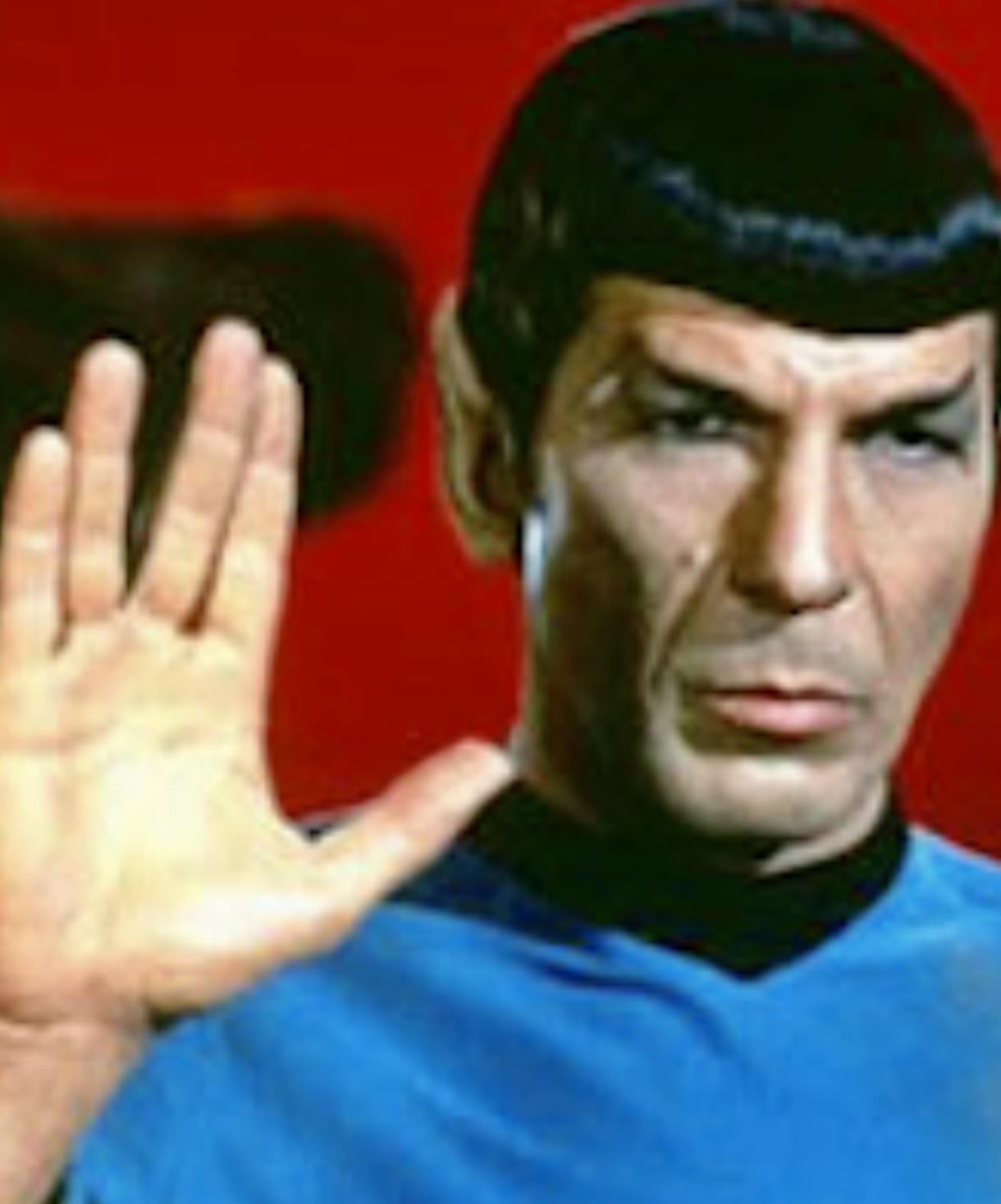 Sometimes the stars are in alignment. If you look around, you can spot signs when the universe is moving in that direction.

The celebration of Passover began three days ago.  In the Jewish tradition, Passover is a time to remember the stories of Exodus, when the angel of death “passed-over” the houses of Israel during a plague.

This week, Christians will celebrate Easter, a time of Resurrection and renewal.

Soon, the Covid-19 vaccine will be available to most adults.  Finally, the international plague appears to be passing-over our Country and life can begin, again.

Perhaps not so coincidentally, another sign our stars are coming into alignment was announced last week. Boston’s Museum of Science and Julie Nimoy, the real life daughter of StarTrek character Dr. Spock, are finalizing plans to install a 20 foot stainless-steal monument at the Museum, in honor of Leonard Nimoy. Julie Nimoy said, the installation will  “depict one of the world’s most recognized and loved gestures for peace, tolerance and diversity, but will also be a beautiful tribute to my dad’s life and legacy.” 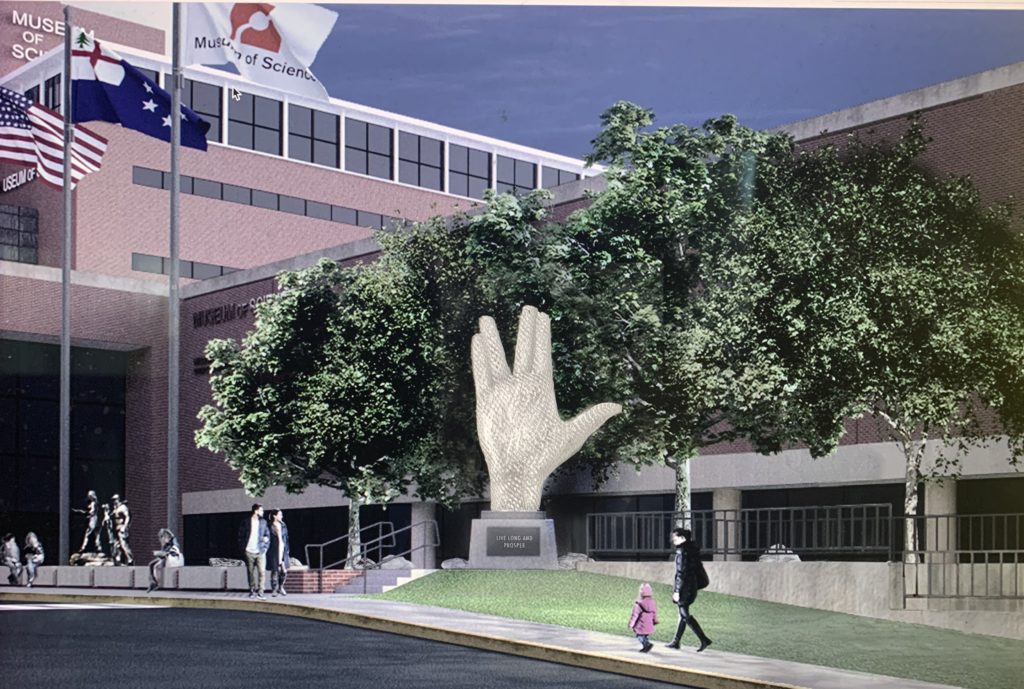 What became known as a sci-fi enthusiast’s greeting and farewell  “Live Long and Prosper” was Nimoy’s translation of an ancient blessing he had seen in his synagogue when he was young.  Incorporating the gesture of goodwill into his acting, the Boston born Nimoy, co-opted the sign as Dr. Spock’s signature Vulcan blessing.

Created by David Phillip, the new, out-of-this-world, landmark will fittingly include illumination. Tim Ritchie, President of the Museum of Science, said Nimoy ” lifted our aspirations and hopes through his commitment to science, intellectual curiosity and yes, logic.”

When the towering tribute to Leonard Nimoy, and his alter ego, Dr.Spock is in it’s pedestaled place, it will represent one of the most universally loved gestures for peace. Symbolically, it’s stainless steel will reflect a spiritual confluence of ancient blessings for goodwill ~ and perhaps inspire a future when diverse stars align for all  to ,,,